Dedication finally pays off for US Open champion Dominic Thiem 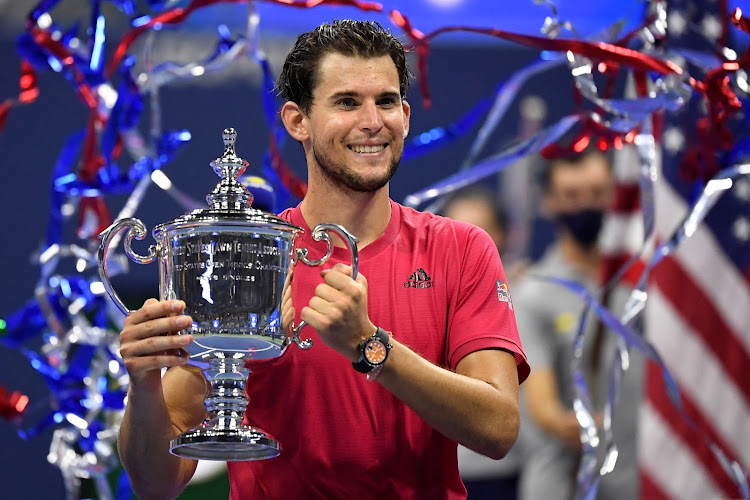 Dominic Thiem says he dedicated his whole life to winning a Grand Slam title and with his victory at the US Open on Sunday the Austrian expects more of the sport's biggest prizes to come his way.

Thiem had lost his three previous Grand Slam finals -- two to Rafa Nadal at the French Open and once to Novak Djokovic in Australia -- and looked as if he had squandered another chance when Alexander Zverev won the first two sets in New York.

But the Austrian staged a stunning comeback to win 2-6 4-6 6-4 6-3 7-6(6) in a nerve-jangling battle of wills and will now head to the French Open with renewed confidence.

"I expect it's going to be easier for me now in the biggest tournaments," said Thiem, who became the first player outside Nadal, Djokovic and Roger Federer to claim a Grand Slam title since Stan Wawrinka's 2016 U.S. Open triumph.

"I had it in the back of my head that I had a great career so far, way better than I could ever dreamt of, but until today there was still a big goal missing.

Thiem said his triumph in New York was a culmination of years of hard work and sacrifice.

"Definitely achieved a life goal, a dream, which I had for many, many years. Back then it was so far away. Then I got closer to the top and realized that maybe one day I could really win one of the four biggest titles," he added.

"I dedicated basically my whole life until this point to win one. Now I did it. That's for myself, my team and family, a great accomplishment. Today is the day where I gave back huge amount of what they did for me."