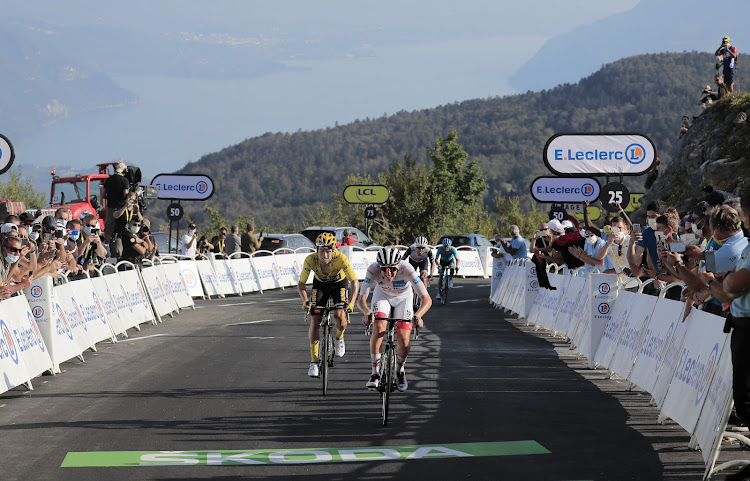 Tadej Pogacar beat fellow Slovenian and overall leader Primoz Roglic to win the 15th stage of the Tour de France as defending champion Egan Bernal all but abandoned his crown on Sunday.

The Colombian was dropped 13km from the finish at the top of the Col du Grand Colombier, an unforgiving 17.4-km ascent at an average gradient of 7.1%, and lost more than seven minutes on the line.

Two-time runner-up and fellow Colombian Nairo Quintana also quickly lost contact with the leading group led by Roglic's Jumbo-Visma team mates, who set a frantic tempo from the bottom of the climb.

Pogacar, however, was the freshest man in the finale as he outsprinted Roglic for the victory at the end of a punishing 174.5-km trek in the Jura mountains.

Roglic leads Pogacar by 40 seconds and Colombian Rigoberto Uran by 1:34.

Bernal, who was third overall 59 seconds off the pace before the start in Lyon, dropped out of the top 10.