Azarenka and Osaka have unfinished business at U.S. Open final 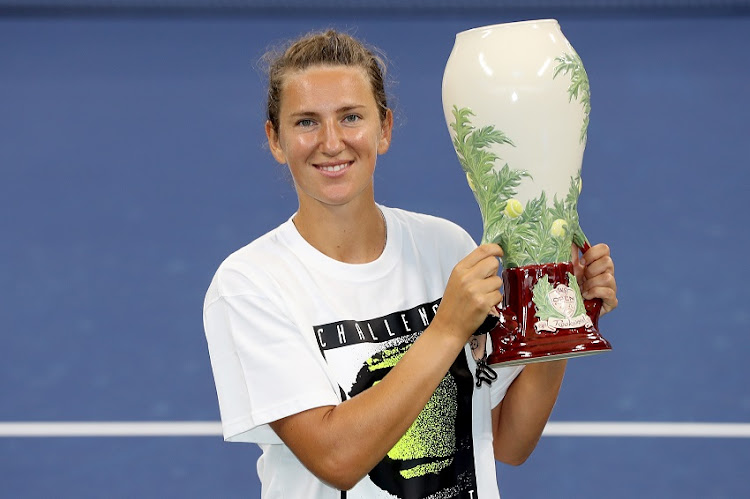 Victoria Azarenka of Belarus poses with the winner's trophy during the Western & Southern Open at the USTA Billie Jean King National Tennis Center on August 29, 2020 in the Queens borough of New York City. Her opponent, Naomi Osaka of Japan, withdrew before the start of their final match.
Image: Matthew Stockman/Getty Images

Victoria Azarenka and Naomi Osaka were set for a title clash two weeks back before the Japanese withdrew due to injury but the former world number ones will have another chance to establish supremacy during Saturday's U.S. Open women's singles final.

A left hamstring injury forced the 22-year-old Osaka to pull out from the final of the Western & Southern Open, which was played at the Grand Slam venue at Flushing Meadows this year due to the COVID-19 pandemic.

"Very excited about that (final). I'm as excited as I was last time," Azarenka told reporters after taking down Serena Williams in Thursday's semi-final at the Arthur Ashe Stadium.

There has been no lack of fun for Azarenka at this year's U.S. Open even without the presence of fans as she has smiled and bobbed her head along to music during changeovers while maintaining a high intensity on the court.

On the other hand Osaka, who has a 2-1 lead over Azarenka in completed matches, has displayed laser-sharp focus, perpetuated by her activism for the Black Lives Matter protests.

During the last two weeks, she has walked out on court for each of her matches wearing a different facemask carrying the name of a Black American to highlight racial injustice in the United States.

"I do think it's a very big motivating factor for me just to try to, like, get the names out to as many people as I can," she said after Thursday's win. "So I'm not sure if that's giving me extra power. Definitely I want more people to talk about it."

Azarenka and Osaka are unbeaten since the resumption of tennis after a lengthy shutdown due to COVID-19 but that run will end for one of them on Saturday.

Both players have repeatedly spoken about approaching games with a new mindset at this year's U.S. Open and Osaka was expecting a tough final.

"She seems really confident now. She's moving well," the Japanese said of her opponent, who picked up her first win of the year at the Western & Southern Open.

Azarenka, who is nine years older than Osaka, won her two Grand Slam titles at the Australian Open in 2012 and 2013 - the same years she finished runner-up at the U.S. Open to Williams.

The Japanese, who moved to the U.S. as a three-year-old, has also won the same number of major titles - the first at Flushing Meadows in 2018 and a second consecutive Grand Slam in Melbourne the following year.

"She's a very, very powerful player. She's a great champion," Azarenka said of Osaka. "She's won two already. Aren't we both looking for a third one?"