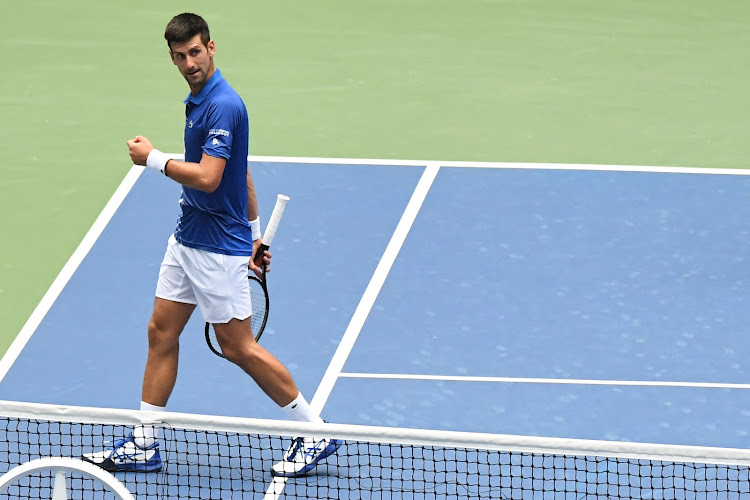 Novak Djokovic gestures to his team in the stands after his match against Kyle Edmund.
Image: Danielle Parhizkaran-USA TODAY Sports

Novak Djokovic will have to get used to being the "bad guy" following his disqualification from the US Open for striking a line judge with a ball, American great John McEnroe has said.

The world number one was defaulted at 5-6 down in the first set of his match against Pablo Carreno Busta on Sunday after a ball he swiped in frustration hit a female official in the throat.

The 33-year-old Serbian posted an apology on Instagram, vowing to take away valuable lessons that would aid his "growth and evolution as a player and human being."

Novak Djokovic has been defaulted from 2020 US Open.
Lesson:
-Staying calm is highly important even if you are already at the top

McEnroe, whose own behaviour frequently landed him in hot water with officials during his playing career, said Djokovic had buckled under the pressure.

"The pressure just got to him. I think a lot has been going on off the court," McEnroe, who was disqualified in the fourth round of the 1990 Australian Open after being handed three code violations, told ESPN.

"It's obviously affected him and whether he likes it or not, he's going to be the bad guy the rest of his career.

"If he embraces that role, I think he could recover. He's got a lot of things going for him, but this is a stain that he's not going to be able to erase."

After the premature end to his bid for an 18th Grand Slam, Djokovic left the grounds without attending a press conference and McEnroe, a four-times U.S. Open champion, said the Serb should have faced the music instead of apologising on social media.

"You got to man up. It made no sense to me. In the past I've seen him take responsibility when he's blown it. In this case it makes it even worse," he said.

"So what if he apologised on Twitter... that's not good enough."