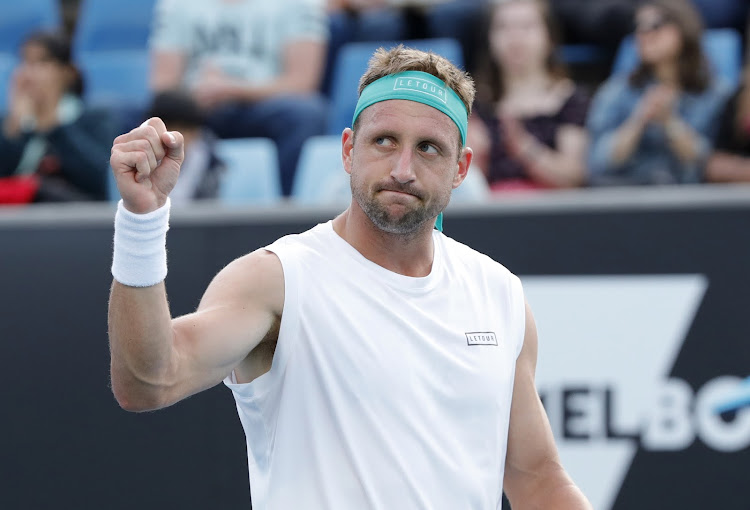 American Sam Querrey became the latest player to announce his defection from the ATP Player Council in favour of the breakaway group led by Novak Djokovic on Tuesday.

World number one Djokovic resigned as head of the council last month, along with members Vasek Pospisil and John Isner, to form the Professional Tennis Players Association (PTPA).

Djokovic has described the PTPA as a platform for players to be better heard on decisions that affect their livelihoods, but the move has provoked resistance from council members Roger Federer and Rafa Nadal.

"I think ultimately it will be a good thing to have an association," Querrey said after his first round exit at the US Open.

"The guys have wanted it for 20 years. Hopefully the ball is rolling and this will be the first step and it can get some traction, get some fundamentals down, get some bylaws."

The Association of Tennis Professionals (ATP) was set up by players in 1972 to represent the men's athletes but its board now includes representatives of tournament owners as well.

Besides the ATP and the women's WTA, the sport is also controlled by the International Tennis Federation and the boards of the four Grand Slams.

In response to the formation of the PTPA, the governing bodies issued a joint statement calling for the unity at a time when the sport has been hit hard by the Covid-19 pandemic, with Federer and Nadal echoing the sentiments.

Former world number one Andy Murray also said that Andrea Gaudenzi, who took over as ATP chairman in January for a four-year term, should be given more time to implement his vision and tackle players' concerns.

Australian John Millman supported Murray and like many other players sought more time and clarity on the PTPA's plans before signing on.

Pospisil said the PTPA can co-exist with the ATP and they would hold discussions with Federer and Nadal to address their concerns.

"We are not combative at all. We are not trying to interfere with anything that the ATP management is doing right now with their vision," the Canadian added.

"Obviously they (Federer and Nadal) have a lot of power in media, they are very well-liked players.

"Sometimes people when they read comments that Roger or Rafa say, they just immediately jump to conclusions and agree when that's not necessarily the case.

Serena Williams said she would be "really interested" to know more before weighing in.

"I'm obviously always 'Team Djokovic', but at the same time I've been on the WTA Tour for 30 years and I know a lot of stuff that's happening there," she said.

"I do feel he has some very strong opinions that are often true."