Daniil Medvedev has no concerns about US Open Covid precautions 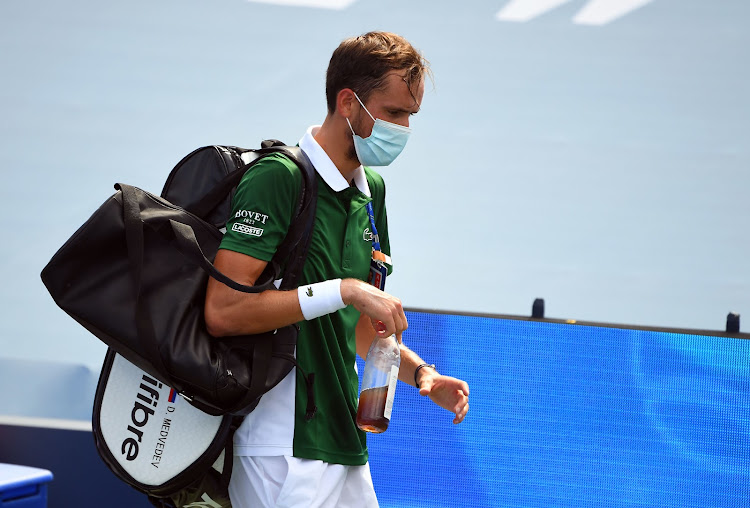 Russia's Daniil Medvedev had no doubts about playing this year's US Open in New York despite the novel coronavirus pandemic causing several high-profile players to withdraw from both sides of the draw.

The world number five is the third seed in the men's draw, behind Novak Djokovic and Dominic Thiem, for the Grand Slam tournament that starts on Monday.

"I don't think I ever really doubted playing here," the 24-year-old told reporters at Flushing Meadows on Saturday. "I was almost sure I will come here.

"Safety was a priority for everybody (but) as soon as everybody really got the information of how it's going to be here I think everybody decided to go."

Medvedev added that he felt safe with the bio-security measures put in place by tournament organisers, which includes playing without crowds.

"I think to get infected here is really tough," he said.

While the men's draw has lost Rafael Nadal, who beat Medvedev in five sets in last year's final, 20-times grand slam winner Roger Federer and 2016 champion Stan Wawrinka, the Russian is not prepared to get too far ahead of himself repeating this year.

"When I come into the slam, my goal is to win seven matches," he said ahead of his first round clash with Argentina's Federico Delbonis on Tuesday.

"But I take it match by match."

Prior to this week's Western and Southern Open, which was played in New York, Medvedev had not played since February due to the Covid-19 shutdown.

He made the quarter-finals of the event, which is normally played in Cincinnati, and felt he was as prepared as he could be for the Grand Slam.

"There was a huge layoff," he said.

"The three matches I played, I actually liked my level.

"Hopefully I can just show some great tennis (and) I will have my chances to go deep in the tournament."