Record-chasing Serena the star power in depleted US Open field 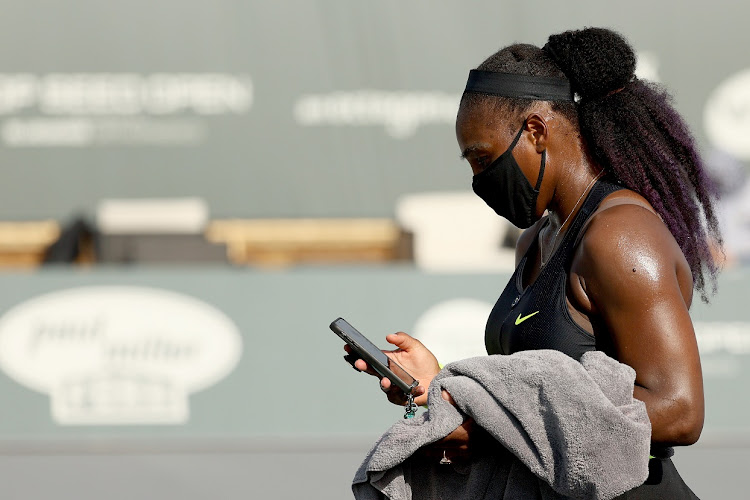 Serena Williams walks off the court after losing to Shelby Rogers 6-1, 4-6, 6-7 at the Top Seed Open in Lexington, Kentucky on August 14, 2020.
Image: Dylan Buell/Getty Images

Serena Williams’s pursuit of a record-equalling 24th Grand Slam title remains the most compelling plot in the women’s singles at this year’s US Open with the draw ravaged by fears over the Covid-19 pandemic.

After months of uncertainty, the hard court Grand Slam will start on Monday at its usual Flushing Meadows venue in a bio-secure bubble to combat the novel coronavirus but without six of the world’s top 10 players.

Critics have questioned if this year’s US Open deserves an asterisk in the record books but for Williams, who needs one more title to match Margaret Court’s Grand Slam singles record of 24, it does not matter.

Serena Williams likened the frustration she felt in Tuesday's shock defeat by Maria Sakkari at the Western and Southern Open to that of being stuck ...
Sport
1 year ago

“It still has to be tennis that’s played, asterisks or not. I think this whole year deserves an asterisk.”

Williams, who turns 39 next month, reached four Grand Slam finals since giving birth to daughter Olympia in 2017, including the last two at the Arthur Ashe Stadium, but has been denied on all four occasions. Her long-time coach Patrick Mouratoglou believes she remains as motivated as ever to win more titles while Williams feels the fittest in years — a warning for her challengers in New York.

Going by rankings, the most serious challenge is expected to come from Czech Karolina Pliskova but the world number three, who will be the highest seed, was bundled out in straight sets in her first match of the US Open tune-up event. Pliskova’s loss was not the only upset this week with the sport returning after a five-month halt due to the pandemic, robbing players of match practice.

WATCH | 'Never heard of her': Serena Williams shuts down question about Meghan Markle

Serena Williams gives a hilarious answer when Naomi Campbell sneaked in a question on the duchess's move to the US.
S Mag
1 year ago

The shutdown could not have come at a worse time for American Sofia Kenin, who lifted her first Grand Slam trophy in Melbourne and added a WTA title in Lyon days before the circuit came to a halt. While Pliskova failed to shake off the rust, that was no excuse for the 21-year-old Kenin, who got plenty of matches under her belt during the World TeamTennis event.

Kenin still failed to get going in her first match at the Western and Southern Open as did two-times Wimbledon champion Petra Kvitova, another surprise early loser ahead of next week’s Grand Slam at the same venue. Two-time Grand Slam winner Garbine Muguruza was also robbed of game time as she had to pull out of the Open tune-up due to an ankle injury.

Naomi Osaka, the highest-paid female athlete in the world, is the most recent US Open champion present in New York. Her first Grand Slam title came after an eventful final against Williams in 2018.

The Japanese will hope she can rediscover the form that brought her back-to-back US Open and Australian Open titles and top spot in the rankings early last year, but circumstances dictate that the tournament is wide open.

Serena Williams says U.S. Open title would not be diminished by pullouts

Serena Williams believes the withdrawal of some of the world's top players from this year's U.S. Open amid the Covid-19 pandemic will not take the ...
Sport
1 year ago
Next Article