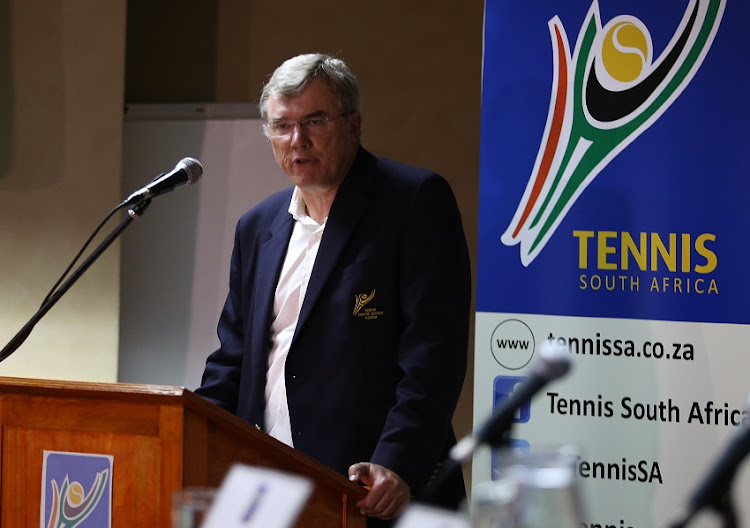 Tennis SA (TSA) president Gavin Crookes has returned to his post after accepting a letter of reprimand following the debacle with board member Ntambi Ravele.

Ravele — who had accused Crookes of colluding with acting SA Sports Confederation and Olympic Committee (Sascoc) president Barry Hendricks to block her nomination for the Sascoc elections‚ which have since been delayed — did not accept her letter of reprimand and will remain on leave and go through a disciplinary process.

The matter dates back to February when Ravele wanted TSA to endorse her nomination to stand for president of Sascoc. Crookes emailed the board to ask them to vote on the matter‚ also pointing out that Hendricks didn’t think Ravele or TSA vice-president Riad Davids had a chance of winning spots.

The TSA board didn’t support her nomination‚ but later backed Davids.

Ravele complained to the sports ministry and Hendricks was later placed on mandatory leave by the Sascoc board.

Hendricks won his case at arbitration‚ although he is scheduled to begin a disciplinary hearing at Sascoc on Saturday.

Both Crookes and Ravele went on leave while TSA appointed an independent panel to investigate the matter.

Mrs Neo Dongwana‚ retired judge Burton Fourie and Thembisa Skweyiya found there was sufficient evidence for action to be taken against both Crookes and Ravele‚ TSA said in a statement on Friday.

“In terms of Crookes‚ the [panel] concluded that in communicating Ravele’s request to endorse her Sascoc nomination to the TSA board‚ Crookes did not include Ravele in the email correspondence and so she was therefore not afforded the opportunity to persuade board members of her case.

“With regards Ravele‚ the [panel] found that when her nomination was declined by the TSA board‚ she immediately elevated this matter into the public domain‚ without first availing herself of the internal processes and remedies available to her … thereby bringing TSA’s name into disrepute.

“The [panel] concluded that this was not conduct one would expect of a director acting in the best interests of [TSA].”

TSA said it then appointed an experienced independent facilitator‚ Michael Yeates‚ to explore options for a mediated resolution.

“Yeates proposed that letters of reprimand be addressed from the TSA board to each party. This proposal was unanimously endorsed by the TSA board.”

TSA said Crookes had accepted his letter of reprimand‚ but Ravele hadn’t.

“[Ravele] has elected to rather subject herself to a disciplinary process. Consequently she will be presented with the fair opportunity to make representations regarding her conduct‚ via a duly constituted independent disciplinary hearing.

“Pending the outcome of this process‚ Ravele will remain on a leave of absence from the [TSA] board.”