Todd share lead, Koepka one back at PGA Championship 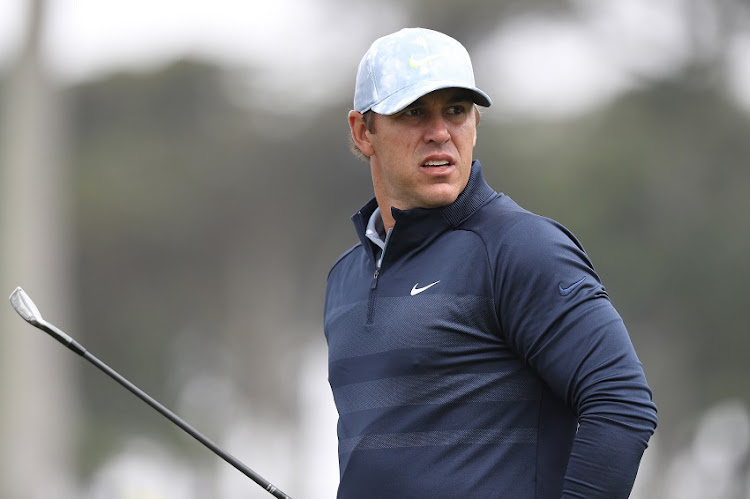 Brooks Koepka of the United States looks on after playing his shot from the seventh tee during the first round of the 2020 PGA Championship at TPC Harding Park on August 06, 2020 in San Francisco, California.
Image: Jamie Squire/Getty Images

Jason Day and Brendon Todd shared the lead after the first round of the PGA Championship while Brooks Koepka got his bid for a three-peat off to a solid start and Tiger Woods found success with a new putter in the first major of the COVID-19 era.

Former champion Day, who had top-10 finishes in each of his last three starts on the PGA Tour, carded a bogey-free five-under-par 65 at TPC Harding Park, where the absence of spectators due to the virus gave the event a unique feel.

"There was definitely a lot of momentum coming in off the previous finishes that I've had, three top 10s, which has been nice," the Australian said after the lowest first-round score of his major championship career.

"The game feels like it's coming around. I'm pleased with it."

Going out in the windy afternoon, Todd mixed seven birdies with two bogeys and sank a 10-foot par putt on his last hole.

"It really helps me going into tomorrow," he said of making the final putt.

"It allows me to spend the next 12 hours before my second round feeling really good, like I've got momentum still."

Koepka, Justin Rose, Xander Schauffele, former world number one Martin Kaymer and Zach Johnson were among a group of nine one shot off the pace in the first major championship since the July 2019 British Open.

Woods, in only his second PGA Tour event since February, struggled off the tee but, thanks to a longer putter that has allowed him to practice more without back pain, was three shots back after a 68 that included five birdies and three bogeys.

"I thought anything today in the red would be good given the forecast ... I was able to do it but I didn't think there would be that many guys four under or better," Woods said after his lowest opening round score in a major championship since 2012.

Four-times major champion Koepka, who fell short of a third consecutive U.S. Open title last year, said he was very relaxed during a round in which he made six birdies and two bogeys.

"The majors almost seem like an easier week for me, nine holes pretty much every day in the practice rounds and try to stay off my feet and not do too much," said Koepka. "I think sometimes guys ... practice a little too much."

Jordan Spieth, in his latest bid to become the sixth person to complete golf's career Grand Slam with victories in all four major championships, opened with a three-over-par 73.

World number one Justin Thomas (71) and Northern Ireland's Rory McIlroy (70) both struggled in their group with Woods.

Thomas had two double bogeys after making the turn but managed a 10-foot birdie putt on his last while McIlroy stumbled early with three consecutive bogeys and finished at even par.