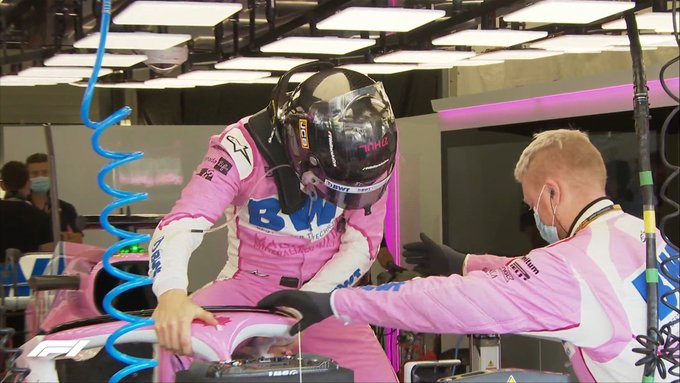 Nico Hulkenberg is out of the British Grand Prix and will not start Sunday's race following a problem with his car.
Image: @F1/Twitter

Formula One (F1) returnee Nico Hulkenberg's British Grand Prix ended before the race had started on Sunday, with Racing Point unable to fire up his car in the garage.

The experienced German was standing in for Sergio Perez after the Mexican driver tested positive for Covid-19 and went into quarantine.

Hulkenberg, who may get a second chance at next weekend's 70th Anniversary Grand Prix at Silverstone, had qualified 13th for the Canadian-owned team.