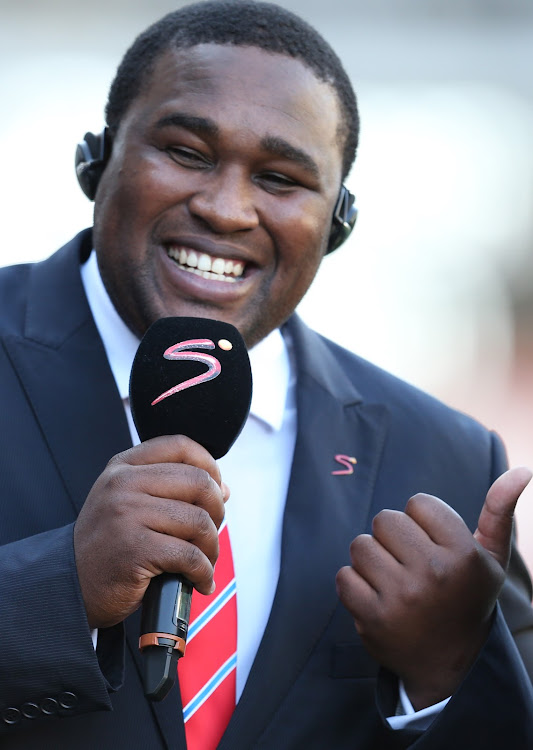 I was driving home with my young family for Christmas holidays to East London late last year when we stopped for a nappy change on the N1 to Bloemfontein.

I was driving home with my young family for Christmas holidays to East London late last year when we stopped for a nappy change on the N1 to Bloemfontein.

We didn’t actually get to meet on the way home‚ but I can’t bring myself to translate the above dialogue for it kills the essence of the conversation and the rich onomatopoeic nature of isiXhosa that “Zizi” made so famous in his time as SuperSport’s lead isiXhosa commentator.

What that call had was the warmth and laughter of a mentor‚ a hero and good friend whose discerning eye had noticed that we’d stopped next to the road and suspected that we were in trouble.

He laughed after we realised we weren’t in trouble. If you’ve spent time with one of the best ever rugby players Dale College has produced‚ his big frame masked a teddy bear of a human being who was starting to help realise the potential of black club rugby in the Border region.

Kaunda was a rugby man through and through with a love of the arts (he was an accomplished actor) and a deep affection for his beloved Manchester United. Ntunja‚ born on February 14‚ 1982 played for Dale College’s 1st Rugby Team from 1998 to 2000.

In his last two years where he represented the Border Craven Team and the South African Rugby Schools Rugby team that he captained he attained a fearsome reputation as a destructive yet dextrous‚ ball-carrying No.8.

His teammates and adversaries spoke warmly about his abilities; long after he’d swapped his boots for the microphone. One of them‚ Anda Nkatu‚ a former Selborne College 1st team player‚ once said: “Mtshanam! When Kaunda had the ball‚ especially if it came from a flat‚ hard pass‚ you knew someone was going to get hurt!”

His name evoked fear and most of all‚ he tended to save his best for Selborne College‚ a school he respected‚ but often had the beating of.

I suspect the 26-6 and 26-3 hammerings the 1998 Dale 1st team received at the hands of one of the best ever Selborne College sides in recent memory had a lot to do with his superlative showings in the following two years.

Having gone to Selborne Primary‚ I’d remind him each time when Selborne beat Dale. His response: “Kaizer‚ the only time you ever talk to me outside of Super Rugby and international rugby is when Dale lose or Manchester United win!”

Regardless of Selborne’s recent dominance of Dale and Manchester United’s flagging fortunes since Sir Alex Ferguson’s departure‚ he remained loyal to those institutions.

In the past 11 years‚ Kaunda became the face of SuperSport’s hugely popular isiXhosa commentary group and he fought for the language to stay at SuperSport in 2014 when the pay-channel had plans of removing it.

They call each other by clan names; the ultimate form of respect. What made Kaunda’s brand of commentary so special is that it spoke to a new follower and user of the language.

There are those who’ve become so used to Mthuthuzeli Scott’s poetic mastery on Umhlobo Wenene FM that they wouldn’t find Kaunda’s new school energy to their liking.

The thing about the resilient beauty of isiXhosa is that it can be unique to the said individual and group. Where Bra Scott would say: “Suka kwedini! Uyandinambuzelela (Get out of my way. You’re irritating me.)”‚ when Makazole Mapimpi brushed off Kotaro Matsushima on his way to scoring in the Rugby World Cup quarterfinal against Japan‚ Kaunda came up with his legendary “Liqhashu! YiBubbly! Shampopo! Shampeezy! Intwezihlwahlwazayo!” line when Mapimpi scored the first try in the Rugby World Cup final against England in Tokyo.

Simply translated in English‚ it’s champagne rugby‚ but Kaunda used the richness of the onomatopoeic versatility of isiXhosa to explain what it meant. Try explaining that Kaundism as is in English and see if it’ll have the same meaning!

The thing with our language is that it’s adaptable even though its firm roots remain. Kaunda never tried to be like Dumile Mateza‚ Stan Mosia‚ the late Zingisile Mathiso or any of his peers in the industry.

He brought a brand of fresh‚ vibrant and trendy isiXhosa commentary that kept up with the youthful nature of black rugby watchers without losing its strict linguistic roots. Even the seasoned and special Makhaya Jack was able to keep up and fit in. They were the Starsky and Hutch of isiXhosa rugby commentary.

One just has to listen to the tributes Kaunda rolled off for Sharks captain Lukhanyo Am this year and when Springbok captain Siya Kolisi trotted out for his first Test as captain against England two years ago.

His voice carried the joy of the black nation as one of its own sons reached the Springbok captaincy promised land. In those lyrically unforgettable moments‚ he represented us‚ the guys in the taverns who cheered‚ the women who’d ululate when their sons come home from the mountain; the ordinary Xhosa folk with a vested love and interest in the game that runs deeper than SA’s rather blinkered rugby history can ever understand.

In those moments‚ Kaunda was us; he was our pride and joy! He immortalised his favourite players and by extension‚ he unwittingly‚ but fortunately for us now that we celebrate his life‚ immortalised himself.

In the white‚ mono-linguistic‚ monocultural and unrepentant world that is South African rugby‚ those tributes were straight out of Stuart Hall’s representation playbook.

He knew who he was speaking to‚ speaking for and significantly‚ the meaning behind his messages.

Kaunda was probably a better schoolboy rugby player than Kolisi and should have achieved more than a handful of Currie Cup appearances for the Cheetahs‚ but the rugby industry wasn’t kind then to black forwards as it is now. Either way‚ Kaunda was never bitter about that and rejoiced in the success of other black professionals. He indeed always was the bigger man‚ except for when Liverpool beat Manchester United.

One of Kaunda’s passions was the development of black rugby. He spoke at length about it and was making serious moves in that regard.

He loved his Border rugby; he loved his Eastern Cape and was hurt by the mess that became the hunt for the Southern Kings head coaching role that was hijacked by unsavoury elements that wanted to serve their own narrow political objectives.

He brushed off that obstacle and continued on his merry‚ quiet but significant development path that‚ sadly‚ won’t be completed.

uTa Bev‚ as I called him for he was an elder and deserved his prefix‚ passed away at an East London hospital on Monday. We’ve lost an important person‚ one who had so much to give to give to black South African rugby.