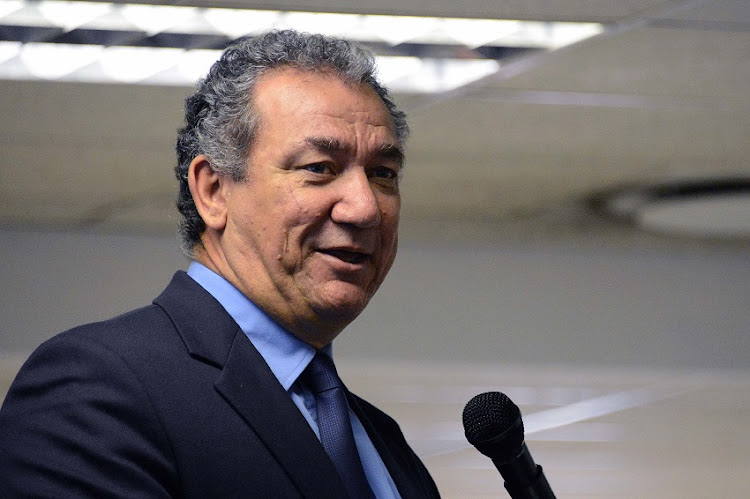 Suspended Sascoc president Barry Hendricks could still face disciplinary action despite him being cleared of wrongdoing in an arbitration last week‚ SowetanLive has learned.

The SA Sports Confederation and Olympic Committee (Sascoc) board will meet on Wednesday to discuss a recommendation that Hendricks remain suspended while a disciplinary process is instituted against him.

Hendricks was placed on mandatory leave by the board in mid-April following an allegation that he had conspired with Tennis SA (TSA) president Gavin Crookes to block TSA board member Ntambi Ravele standing for Sascoc president.

The executive had acted after an advocate had given the opinion that Ravele had a case to take to arbitration‚ but the arbitrator ruled last week that Ravele had failed to prove a conspiracy.

But at the time the board suspended Hendricks‚ it also said its internal Judicial Body would investigate the matter.

An email to a Sascoc official from a member of the Judicial Body‚ which has been seen by TimesLIVE‚ shows that disciplinary action is pending.

“It was concluded that a disciplinary process should be instituted against … Hendricks. In this regard it would [be] prudent that he stays on leave of absence as previously resolved by the board.

“A process to facilitate the final charge sheet and recommendations to you of due process to be instituted‚ will follow soon.”

Straight after being suspended‚ Hendricks issued emails to the Sascoc membership criticising the move.

It’s possible he could be charged with bringing Sascoc into disrepute for sending these emails.

Tennis SA implemented its own probe into the matter. While the process is still being finalised‚ TSA said recently the report by an independent sub-committee had been completed.

“This report has recommended that sufficient cause exists for steps to be taken against both board members [Crookes and Ravele].

“TSA has now appointed an experienced independent facilitator to lead this to resolution — either through a mediated process or a formal hearing.”