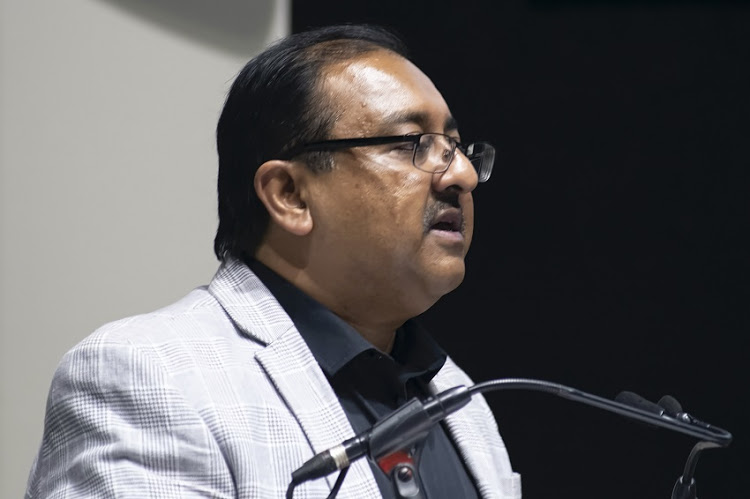 Sascoc acting CEO Ravi Govender and the board have have had thier conduct questioned by Canoening SA.
Image: Gallo Images

Canoeing SA  has declared a dispute with the SA Sports Confederation and Olympic Committee (Sascoc) for rejecting its call for a special general meeting aimed at dismissing the umbrella body’s board.

Canoeing had submitted its request on May 8 citing support from 29 other federations; the Sascoc constitution requires the backing of one third of sports bodies‚ which Canoeing SA said translated into 28 organisations in total.

The Sascoc board discussed the matter on May 19 and informed Canoeing of its decision on May 29‚ the stipulated 21-day deadline it had to respond.

Canoeing SA secretary general Colin Simpkins told Sascoc in a letter last week that it did “not accept the decision of the board”.

He countered the four reasons he said Sascoc had offered for the rejection.

One was that the Sascoc board had already called its own SGM for July 4‚ with a different agenda.

The counter was that Canoeing had already issued a notice to federations asking them to support its call to dismiss the board.

“In our opinion this decision was cynical‚ and done in order to change the time lines of the meeting and to replace the agenda items.”

The second point was that Sascoc argued that Canoeing did not have the required support‚ because two supporting letters from federations were unsigned and a third federation‚ netball‚ had withdrawn its letter of support.

Simpkins conceded two letters were unsigned‚ but pointed out that this was the result of lockdown restrictions and officials from the two offending federations didn’t have access to printers and scanners.

“But even without them we still had the required 28 federations. We have subsequently provided you with the two signed letters...

“We also find it ironic that the letter withdrawing support by netball was received on May 21‚ which was immediately after the Sascoc board meeting which was held on May 19.”

The third reason given by Sascoc centred on the mandate of the sports officials who signed the letters of support.

“We have also never been notified that there was a problem with the bona fides of the individuals who signed the letters before now‚” retorted Simpkins.

The fourth reason was that Canoeing had not given “substantiating evidence” to back up their agenda item for a vote of no confidence in the Sascoc board.

“There is nothing in the constitution that requires that any evidence whatsoever needs to be provided to support a proposed resolution.

“Obviously the board is not going to support a vote of no confidence in itself.

“The fact that we have the required number of supporting federations is sufficient.”

Simpkins also pointed out that Sascoc had waited until the eleventh hour to respond to the call.

“We find it unacceptable that we received notification at 5.27pm on [the day of the deadline by which Sascoc had to respond]... informing us that there was a problem with the supporting letters.”

He ended the letter calling for the dispute.

“We deem the conduct of the board and the acting CEO to be devious in the handling of our request for a SGM‚ and wish to lodge a dispute.”