Netball SA vows to finish its programme for 2020 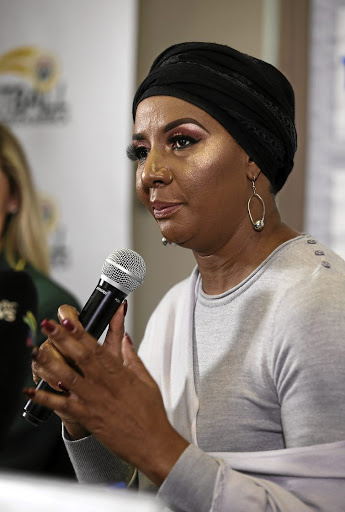 Despite being infected with the coronavirus in the earlier days of the pandemic in SA, Netball SA president Cecilia Molokwane says the sport will definitely resume matches later this year.

Speaking to the media through a virtual media conference yesterday, Molokwane put out plans for the sport to go ahead after its calendar year was disrupted by Covid-19 outbreak.

She said the Diamond Challenge series will take place later this year and she is also confident that some of the tournaments which were postponed will also be played.

This year however an invitation had been extend to Jamaica as well. Other invitees before the lockdown were Malawi, Swaziland, Namibia, and Botswana for the showdown in Cape Town.

The series will be played either in September/October or November/December.

"Our wish is to have all the countries that we have identified, most importantly Jamaica," Molekwana said.

Netball South Africa (NSA) has confirmed that the 2020 Quad Series between Australia‚ New Zealand, England and SA has been cancelled due to the ...
Sport
1 year ago

"Jamaica is ranked higher than us and when you play a country that is ranked higher than you, the ranking improves if you beat them. So, that's the country we targeted because they beat us in the Four Nations and we wanted to see if we can go back and beat them as we did at the World Championships," she said.

Jamaica are ranked fourth by the International Netball Federation while SA are fifth.

"We don't know the state in their countries; those who will be driving we will opt for them or for those who are flying we will see what will transpires."

Molokwane also added that even the Telkom League will be played later this year, but she was not sure about the dates

"Telkom League will play, no matter what. We also have the SA Spar Championships this year. We wanted it to play in Cape Town, but we will see how the numbers [for Covid-19 infection] are going there [and] decide if we'll move it to another province.

"We are still going to sit down with Telkom to see what we can do and see which month suits us most. Most of our players are university players and some work."