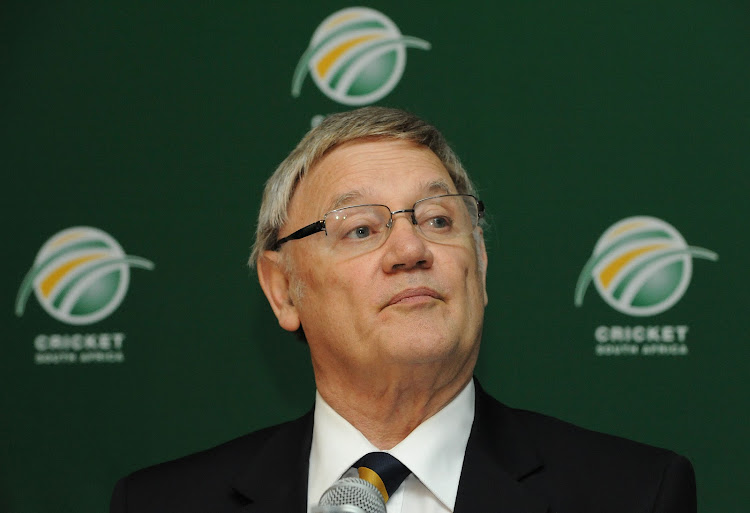 The national department of sport needs to be divorced from the arts and culture division and be married with the department of education in order for schools’ sport to survive post the coronavirus pandemic, a transformation expert and veteran sport administrator has said.

Dr Willie Basson, a respected scientist with over 30 years’ experience in sports administration, told TimesLIVE that the move to merge the sport ministry with arts and culture was “backwards” during a wide-ranging interview on sport and transformation this week.

“There was no scientific reason, there was no logical reason for the sports and arts and culture to go together. The only reason was in response to instructions from President Cyril Ramaphosa to save money,” said the former Cricket South Africa (CSA) acting president.

Sport, Arts and culture minister Nathi Mthethwa pledged support for schools sport during his budget presentation for the sports half of the department in Parliament July last year.

But Dr Basson said schools’ sport will fall by the wayside because the arts and culture portfolio is huge on its own.

“Remember in the apartheid years sports and education was in one department. That was a good mix. That’s why our sport has been so strong despite the atrocities of apartheid for so long.

“Then we came in 1994 and we split out and made sport separate and on its own until last year.

“The arts and culture [section] is four times bigger than sport and now they are in one department. Who do you think it is better placed to get preferential treatment?” asked Dr Basson.

Dr Basson said schools are the bedrock of sport and that it is worrying that only about 2,000 schools keep South African sport active out of 25,000 schools.

“The guys that we see on the field at the moment are all the guys who come from the 2,000 schools. They are your old model C and private schools. That is where the Siya Kolisis and the Kagiso Rabadas come from.

“It is because their parents can afford it and those schools have got a cricket and a sporting culture.

“It’s only going to be like that for another six or seven to eight years. And that pipeline is also going to shrink and there will be nothing coming through.

“So where are you going to get the players from?

“Less people will be able to send their children to private schools and former model C schools. And when I say less people I am talking about black people that is.

“The land has not been prepared at a public school level. We have a limited pipeline. The economic circumstances are going to get slimmer.

“We are going to have a sport system, particularly at school level, where you will be able to play if you can pay. If you can’t pay you won’t be able to play.”

Dr Basson said he fears that the trail of economic destruction post-Covid-19 might see the reliance on the few select schools endangered leading to the country failing to produce world beating sportsmen and women.

To merge the sport and education ministries would work towards dismantling the apartheid legacy and opening up opportunities to the previously marginalised in the townships and rural areas, said Dr Basson.

“After the virus less people are going to have money to be able to send their kids to those schools. The pipeline is shrinking,” he said.

“We have not even begun to realise what the effects on sport are going to be in the country. It’s going to be massive.”

In 2012 then-sport minister Fikile Mbalula signed a memorandum of agreement with his basic education counterpart to improve schools sport.

Dr Basson, who was part of some of the consultative processes, said the move yielded no results despite documents such as the Langa Report of 2010 as a road map.

“For two years now the old department of sports and education have tried through a memorandum of agreement to be able to try and organise and integrate sport at a school level and restructure. For two years running they failed to do that.

“So there’s hardly any sport being played at school level.

“You cannot even get information or data from the department of education to tell you which schools are participating in what sport.”

Mandla Mazibuko, president of the SA Schools Football Association (Sasfa), said even if sport was to merge with education “there won’t be any much of a difference on schools sport”.

Mazibuko said the problem lies with how the budget for schools sports is allocated.

“I think that is the anomaly right there – that the schools budget is with the national sport department. The sport department has enough problems as it, the same with the education department,” Mazibuko said.

“The national sport department plays an oversight role, they don’t run schools sport. So why then the budget is controlled by the sports department?” asked Mazibuko.