Row me to the moon, let me scull among the stars 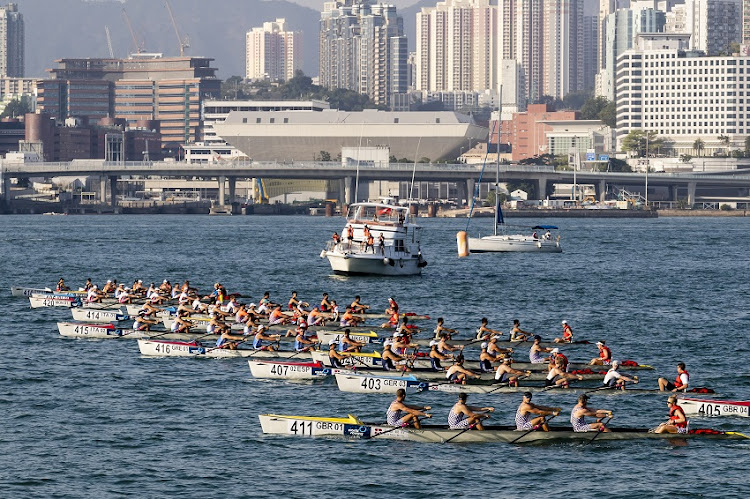 Rowers prepare for the start of coastal men's coxed quadruple sculls during the AAA finals A during the day three of the World Rowing Coastal Championships on November 3, 2019 in Hong Kong, China.
Image: Yu Chun Christopher Wong/Eurasia Sport Images/Getty Images

Rowers from New Zealand, Australia, Canada and Britain whose training on the water has been restricted due to the novel coronavirus pandemic have been challenged to help their countries row to the moon.

Or at least the distance from the Earth to the moon of 384.4 million metres.

The "Row to the Moon" follows a similar challenge between the four countries this month when participants were asked to row as far as they could in one minute on their indoor machines and record their total on an online platform.

"It's awesome that the four nations are combining again for a challenge and this one really is taking it to the next level," Australian women's four world champion Olympia Aldersey said in a statement.

"Australians are proud to have played their part in broadcasting the first pictures of Neil Armstrong and the crew of Apollo 11 as they walked on the moon back in 1969.

"I know we'll all come together on this challenge to send an erg into space," she said, referring to a rowing machine.

The challenge is not restricted to elite athletes, Rowing New Zealand said.

More than 2,300 rowers, ranging from Olympians to those who just row for the exercise, across the four countries took part in the One Minute challenge.

The new challenge will run from May 21-31, with participants asked to record their training sessions on the platform.

"Indoor rowing is a staple to my training in isolation right now as it seems to be for so many other rowers around the world," Canada's coxless pair world champion para-rower Andrew Todd said.

"So it is really special to try and add some special purpose and togetherness to our training."