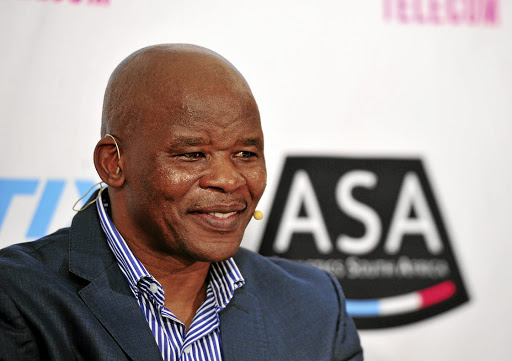 Athletics South Africa president Aleck Skhosana is one of the candidates who are now contesting for Sascoc presidential and board elections having been earlier errorneously disqualified.
Image: Gallo Images

Four disqualified candidates have won their appeal and will be allowed to stand in the SA Sports Confederation and Olympic Committee (Sascoc) elections‚ Athletics South Africa (ASA) said on Monday.

“The arbitrator Nazeer Cassim SC released his findings in which he ruled that Skhosana’s nomination was valid and he is eligible to contest for a position as a board member of Sascoc‚” ASA said in a statement‚ adding that Moses‚ Molokwane and Segwaba had been successful too.

Skhosana is a co-opted member of the Sascoc board where he is acting president while incumbent Barry Hendricks is suspended pending the outcome of investigations.

The 2020 ballot was scheduled to be held on March 28‚ but was postponed indefinitely because of the Covid-19 pandemic.

The Sascoc board‚ however‚ has come under fire for various reasons‚ including allegations that they are conflicted‚ and could soon face a vote of no confidence.

A call has gone out proposing a special general meeting for federations to boot out the executive and replace it with a team of administrators.

“ASA trusts that Skhosana‚ who is currently acting president at Sascoc‚ will be allowed to demonstrate his leadership capabilities as he has done with ASA and bring much needed unity to that organisation‚ especially in the face of certain members calling for a [special general meeting] to remove the current board‚ so that harmonious elections can be held at the earliest convenient time.

“ASA calls on all federations to support the current Sascoc board pending the elections as this ruling will now allow the Sascoc council to decide who should lead it by popular vote.”

Some federations had already demanded that Sascoc stop wasting money on legal issues and simply allow all disqualified candidates to stand.

There is a feeling that board members‚ most of whom are nominees‚ are conflicted when deciding issues around the elections.​