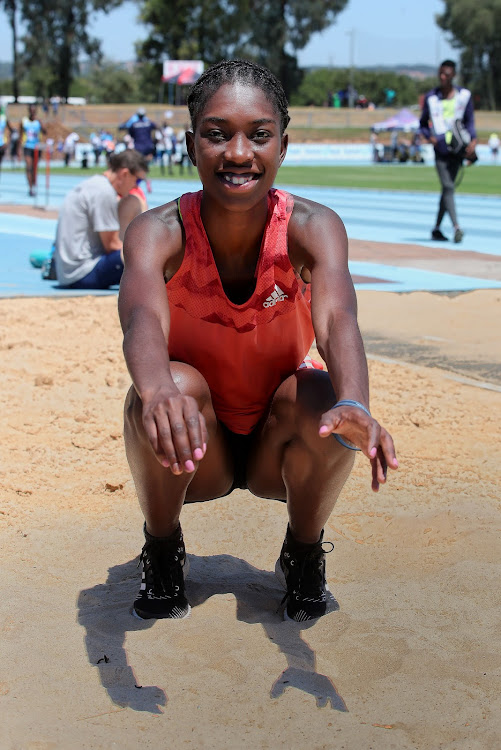 University of Johannesburg's Zinzi Chabangu was in scintillating form at the Tuks track at the University of Pretoria on Saturday March 7 2020.
Image: Reg Caldecott

Zinzi Chabangu has broken the first SA record of the season‚ flying to 14.02m in the women’s triple jump in Pretoria at the weekend.

The University of Johannesburg student added 13cm to the previous mark of 13.89‚ set by Patience Ntshingila in 2012.

“Because it is an Olympic year‚ the goal is to go big‚ but I did not expect to do so today‚” she was quoted as saying in a statement by the University of Pretoria’s athletics club.

“I did not have the best of starts. I overstepped with my first jump.

"The second one was the big one‚ but somehow then I lost the plot.

“I had a real adrenaline rush after the 14.02m jump. It led to me getting over-eager. I so wanted another big jump. Unfortunately I kept on over-stepping.”

Wayde van Niekerk has admitted that he is under pressure to defend his 400m Olympic title in Tokyo at the Olympic Games start in July.
Sport
2 years ago

Never mind what any gullible wordsmith waxing lyrically wants you to believe, the sad truth is that South Africa will not have amateur boxers in the ...
Sport
2 years ago
Next Article