The Match in Africa: Four things to look forward to at the Roger vs Rafa tennis tournament 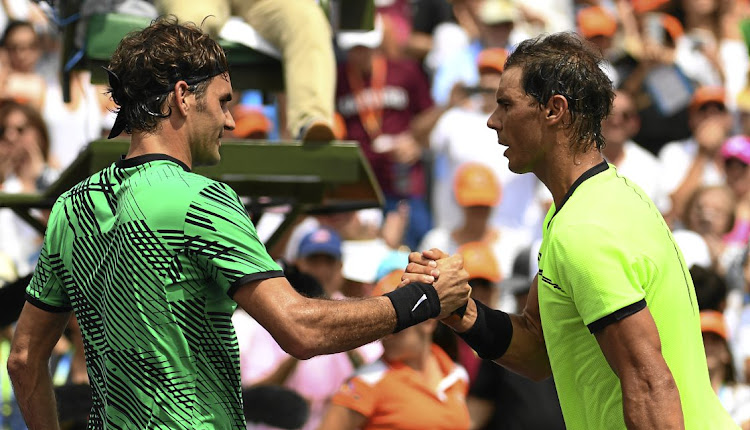 There is one day to go until 20-time Grand Slam champion Roger Federer plays his first match in Africa.

Funds raised will go towards children's education and athletic programmes in Africa. The match is being held in partnership with the Roger Federer Foundation.

Speaking to Tennis356, Federer said: “When I realised something very special could happen I knew it was only Rafa who could make this event truly special for the people here.”

Here are four things to look forward to at the match:

The choir rose to fame when it made it to the finals of America's Got Talent in 2019.

“They wowed the world on America’s Got Talent. Now they’re back to perform at Cape Town's Match In Africa.

“See a true South African success story in action as the Ndlovu Youth Choir delivers an exclusive performance, before Roger Federer and Rafael Nadal face each other for the first time ever on African soil,” a statement read.

Only 3 days to go before we perform to the biggest crowd to watch a tennis match in the history of the sport. @rogerfederer @RafaelNadal @BillGates and @Trevornoah we got this. You go boys!!! ??? #matchinafrica pic.twitter.com/jzQo8IVtvZ

Zip Zap Circus will also be providing their magic at the Match in Africa, for the second time.

The Cape Town-based social circus initially became involved when it was invited to add an authentic “African flavour” to the series' #3 Exhibition Night in Zurich, Switzerland, in 2017.

“It is such an accolade to be invited back to participate in this incredible showcase of young African talent. We value our association with the Roger Federer Foundation that supports educational and athletic programmes for children in Africa, which is perfectly aligned with Zip Zap’s mission.

“To perform on this world stage is testament to the calibre of talent we are developing and the thousands of young lives we are impacting every day,” said Laurence Estève, co-founder and CEO of Zip Zap, in a statement.

Dare to dream with @zipzapcircus @MatchInAfrica.
Zip Zap uses circus performances for a great cause, as a tool for youth development and social transformation.
The Match in Africa makes history, on TV and at the stadium, on 7 February at 7PM. #MatchInAfrica #federervsnadal pic.twitter.com/9rsu7BJRWR

Billionaire philanthropist Bill Gates will lace up his tennis shoes as he doubles up with Federer.

They will go up against Nadal and The Daily Show host Trevor Noah.

“We accept your challenge, but be prepared for the crowd in SA to be on our side!” Noah wrote to Federer.

Hey @RogerFederer, you & @billgates want to play doubles against me & @RafaelNadal!? Okay. We accept your challenge, but be prepared for the crowd in SA to be on our side! See you Feb 7 in Cape Town! Masihambe!  #MatchInAfrica

I’m excited to team up with @rogerfederer again for the Match in Africa Friday in Cape Town. Playing alongside Roger is always a thrill, and I can’t wait to face off against @RafaelNadal and @Trevornoah. pic.twitter.com/WMlbBtZwVC

The singles' match between Federer and Nadal will start at 8.30pm.

The match and entertainment will be televised by a number of broadcasters throughout the world, including SuperSport.

It will also be broadcast live, and free, by the initiative's broadcast partners and via digital platform Tennis TV.

Below is a list of items that will not be allowed into the stadium.

Please take note of the items not allowed into the stadium on match day.

For any doubt, any camera with a detachable lens and/or a SLR (Single Reflex Lens) type is considered “professional” in terms of this provision, and will not be allowed into the stadium.#MatchInAfrica pic.twitter.com/FHYax0zcnY

Twenty-time Grand Slam champion Roger Federer landed in SA on February 5 2020 ahead of his Match for Africa against Rafael Nadal on February 7 2020 in Cape Town. Federer hopes to raise at least $1m (about R14,7m) from the match for charity.