"We don't have much experience in Tunisia. But hopefully now we can see more and more" 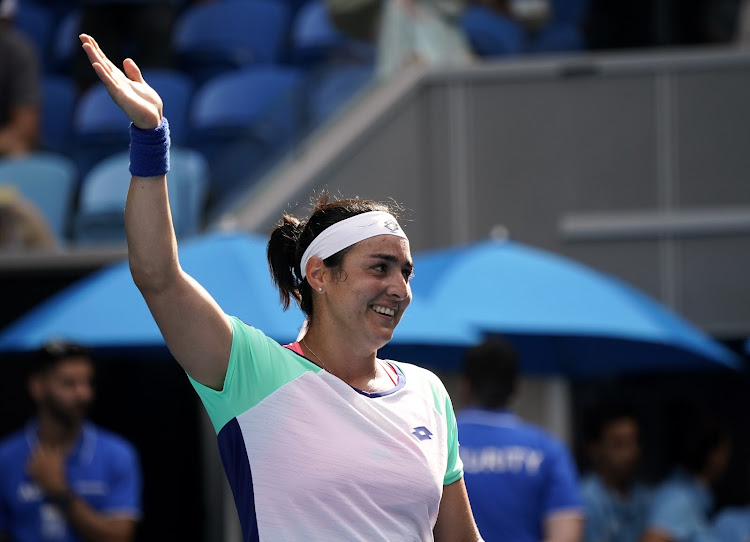 Ons Jabeur hopes her success at the Australian Open will inspire other players from her region after the Tunisian became the first Arab woman to reach a Grand Slam quarter-final on Sunday.

The 25-year-old dazzled the crowd at Margaret Court Arena with her variety and power, striking 29 winners to defeat China's Wang Qiang 7-6(4) 6-1 in the 77-minute contest.

"(I am) trying to inspire many young generation back home either in Tunisia or the Arabic world, especially in Africa, which is amazing," she said. "It's not impossible. I made it."

Jabeur, who sent former world number one Caroline Wozniacki into retirement in the previous round, described herself as a "100% Tunisian product" having turned down opportunities to train abroad to continue developing her game at home.

"I love Petra, but let's hope she doesn't break my heart on Tuesday."

"I got a lot of offers to go to college in the US -- wasn't really an option for me," said Jabeur, who is ranked 78th in the world.

"I wanted to really go pro directly. I knew if I play in college, I cannot play professional tournaments.

"We don't have much experience in Tunisia. But hopefully now we can see more and more."

Jabeur and Wang struggled with their serves at the start of the match, each losing an early break, before the Tunisian found her range and claimed the first set with a forehand winner in a tie-break.

The 27th-ranked Wang, who had defeated 23-times Grand Slam champion Serena Williams in the third round, faltered in the second set, going down two breaks as Jabeur kept her off balance with the variety and speed of her shots.

"The family, everyone was behind me. They couldn't go back to sleep of course."

Jabeur capped the victory in style, serving out to love and finishing with another forehand winner.

"The first set was tricky little bit because I started good, but then went down little bit, couldn't win my serve," Jabeur said.

"Obviously second set was amazing for me. I was really relaxed... I'm happy that I went through."

Coco Gauff continued her dream run at the Australian Open on Friday when the 15-year-old knocked out defending champion Naomi Osaka 6-3 6-4 in a ...
Sport
2 years ago

SA's Kevin Anderson battles through to Australian Open second round

South African tennis ace Kevin Anderson has marched through to the second round of the Australian Open with a win over Belarusian qualifier Ilya ...
Sport
2 years ago
Next Article