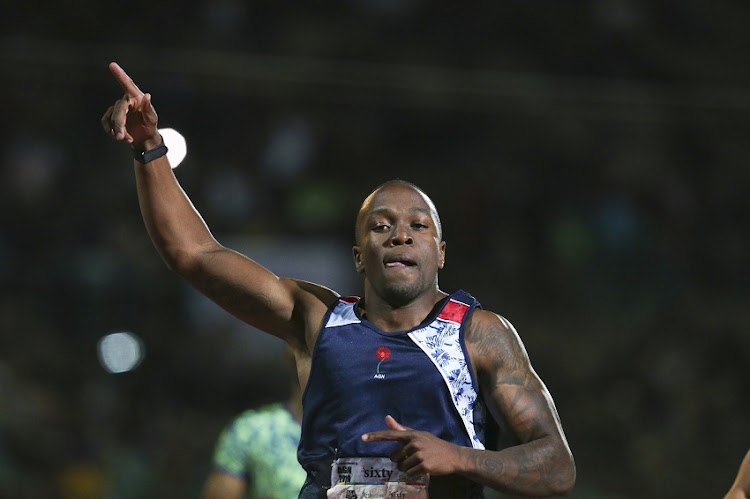 Athletics SA (ASA) scrapped its own controversial qualifying standards as it named a 31-strong team for the world championships in Doha from next Friday until October 6.

In the absence of Wayde van Niekerk and Caster Semenya‚ expectations will rest heavily on long-jumpers Luvo Manyonga and Ruswahl Samaai‚ who took gold and bronze two years ago.

Sprinter Akani Simbine‚ the men’s 4x100m relay team and the third long-jumper‚ Zarck Visser‚ are SA’s only other realistic medal hopes in the desert heat.

Olympic javelin silver medallist Sunette Viljoen was one of two invitations accepted by ASA‚ the other being 110m hurdler Rikenette Steenkamp.

Invitations are issued to the highest-ranked athletes who fell short of the qualifying standards set by the world governing body‚ the IAAF.

Two years ago ASA omitted 14 athletes who had achieved the IAAF’s qualifying standards‚ but who had fallen short of ASA’s tougher criteria.

The tougher criteria were part of ASA’s selection policy this time as well‚ but they weren’t applied for the 12 athletes who missed the body’s lofty entry levels.

An additional four athletes were selected for the men’s 4x100m and 4x400m relays.

SA ended third on the medals table with six medals at London 2017‚ but it’s hard to imagine they will be able to repeat that without Van Niekerk and Semenya‚ who won a gold each two years ago.

Van Niekerk has yet to return to full-flight competition since injuring his right knee in 2017‚ and Semenya is fighting in court for the right to be allowed to compete without having to take medication to lower her naturally occurring high levels of testosterone.

There are two former world championship medallists in the team. Sunette‚ who will get an upgraded silver from 2011‚ won bronze at Beijing 2015‚ but this year she is 33rd on the world list with a best throw of 61.22m from March.

Anaso Jobodwana took the 200m bronze behind Usain Bolt and Justin Gatlin in 2015‚ but he has struggled to regain that form after suffering injury in 2016.

Even Clarence Munyai‚ SA’s fastest 200m sprinter this year on 20.04‚ is far behind the 19.50 world lead held by American Noah Lyles.

SA has competed at 13 world championships since readmission.

The best showing was two years ago‚ with three gold‚ a silver and two bronze.