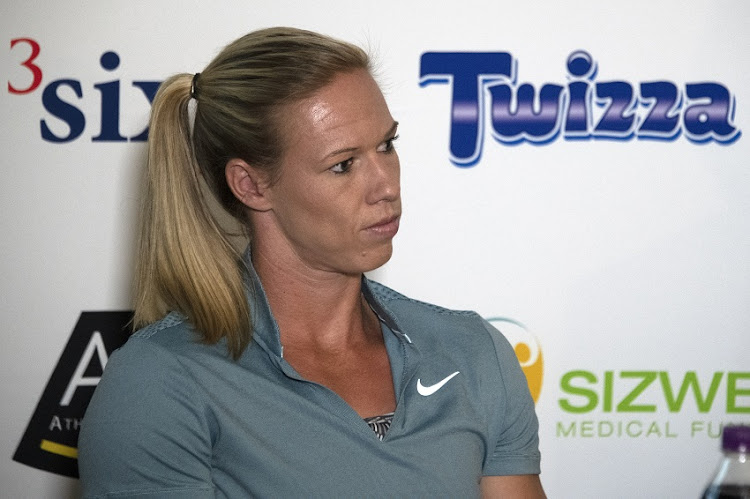 Sprint star Carina Horn is likely to miss the world championships in Doha from next week after she failed an out-of-competition dope test.

Horn‚ 30‚ was tested at her training camp in Austria by the world governing body for athletics‚ the IAAF.

She was provisionally suspended after testing positive for the substance Ibutamoren and LGD-4033‚ the IAAF’s Athletics Integrity Unity announced on its website on Monday.

According to the United States Anti-Doping Agency‚ LGD-4033‚ which has yet to be approved by the US Food and Drug Administration‚ is considered an anabolic agent and is useful for building muscle. It’s been used in race horses too.

The news comes as a hammer blow for SA athletics. Horn‚ holder of the 10.98sec women’s national record‚ is one of only four women to have achieved qualifying standards for the world championships in Qatar from September 27 to October 6.

She has been a fixture in the national team for the past four seasons‚ representing SA at the 2016 Rio Olympics as well as the two world championships at Beijing 2015 and and London 2017. She never advanced beyond the semifinals of competition.