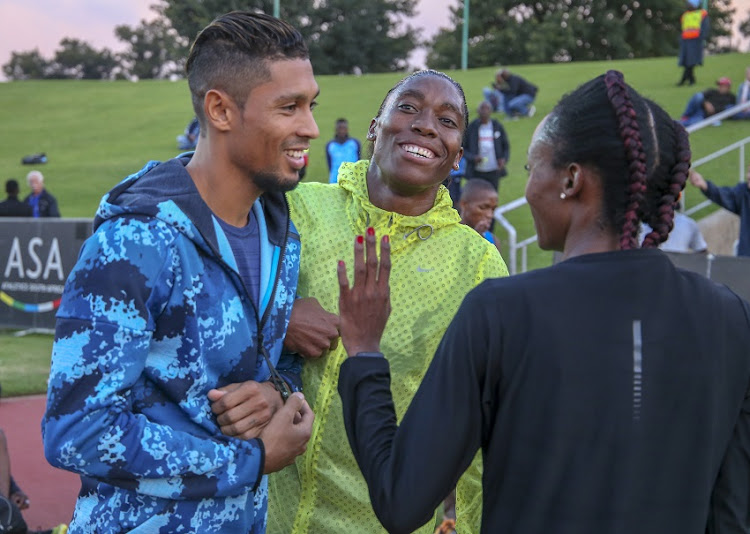 The news that Caster Semenya will miss the 2019 world championships later this year has punched a serious hole in SA’s medal aspirations.

Last time out she and Wayde van Niekerk‚ who has yet to prove his fitness after suffering a serious knee injury in 2017‚ won four of SA’s six medals at London 2017.

Long-jumpers Luvo Manyonga and Ruswahl Samaai won SA’s other two medals‚ a gold and a bronze in an event where Cuban newcomer Juan Miguel Echevarria is dominating the top of the podium these days.

It seems unlikely that SA will maintain the third spot on the medals table it attained two years ago‚ with Semenya (800m)‚ Van Niekerk (400m) and Manyonga (long jump) winning three gold medals.

Akani Simbine is a contender in the 100m where he is fifth on the world list‚ and even rises to fourth in terms of sprinters likely to be in Doha from September 27 to October 6.

Americans Christian Coleman (9.81) and defending champion Justin Gatlin (9.87)‚ along with Divine Oduduru of Nigeria (9.86) are the only men to have gone faster than the South African’s 9.93 season’s best.

Simbine is part of SA’s other medal hope‚ the men’s 4x100m relay.

But after that the options appear frighteningly thin‚ unless one of the 200m hopes can come good.

Even if Van Niekerk is fit to compete in Qatar‚ he will probably have to be close to his best to win a third consecutive 400m gold.

Americans Michael Norman and Fred Kerley have both dipped under 44 seconds this season.

At least there’s still a year for athletes to regain strength‚ improve and hopefully win legal battles before the really important competition at the Tokyo 2020 Olympics.