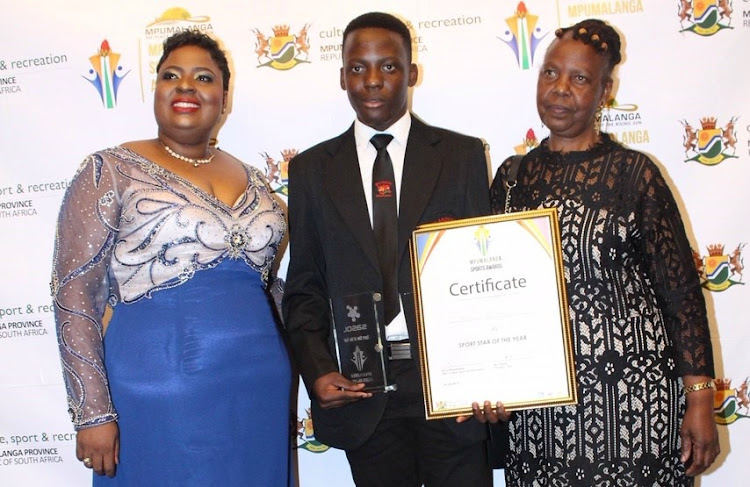 Chess player Banele Mhango, 16, who was named sportsman of the year in the first Mpumalanga Sports Awards believes the recognition will encourage him to do his best to place the country on the international map.

Banele has earned himself a FIDE master title in chess and has represented the country in competitions in Kenya and Egypt.

He was named sportsman of the year, beating several other nominees at the awards held in Mbombela on Sunday night.

“I’m very happy to be recognised by my province. The nomination alone encourages me to do more. I’m going to make sure that I keep my cool and play chess well in order to be the best for the country and my province,” said Banele.

Banele, from Lehawu near White River, was also given a cheque of R20,000 at the awards. He is a grade 11 pupil at Lehawu Secondary School.

He has won almost all competitions in Mpumalanga but could not make it to Greece last year due to a misunderstanding with organisers and lack of funding.

Real Estate giant Rali Mampeule, 39, has been elected as a member of the Forbes Real Estate Council
Business
2 years ago

“All I want in the game of chess is to be a grandmaster. Now that I’m a FIDE master it’s a very good way of getting what I want. Though I have to balance my school and the sport, I find it easy as my subjects like maths and science need concentration which keeps my mind sharp,” said Banele.

His mother, Victoria Ngwamba, said she was over the moon that her son has been recognised.

“Banele started playing chess when he was around 10 years old. He has won almost all the competitions in the Ehlanzeni region, in the province and in the country, that’s why he managed to go out and represented the country internationally.

“My boy has been to countries I have never been to,” said a proud Ngwamba.

MEC for the department of culture, sports and recreation Lindiwe Ntshalintshali said the idea of that sports awards has helped them bring different sports together.

“As the department we are very happy to have played a role in encouraging our sportsmanship through the awards. Sport has a way of  bringing about social cohesion and in these awards, we really saw that.

“We encourage our people to vote and also nominate their sports people. We are going to have lots of such events in the province,” said Ntshalintshali.

TS Galaxy, who won the Nedbank Cup in May after beating Kaizer Chiefs, were named  team of the year.