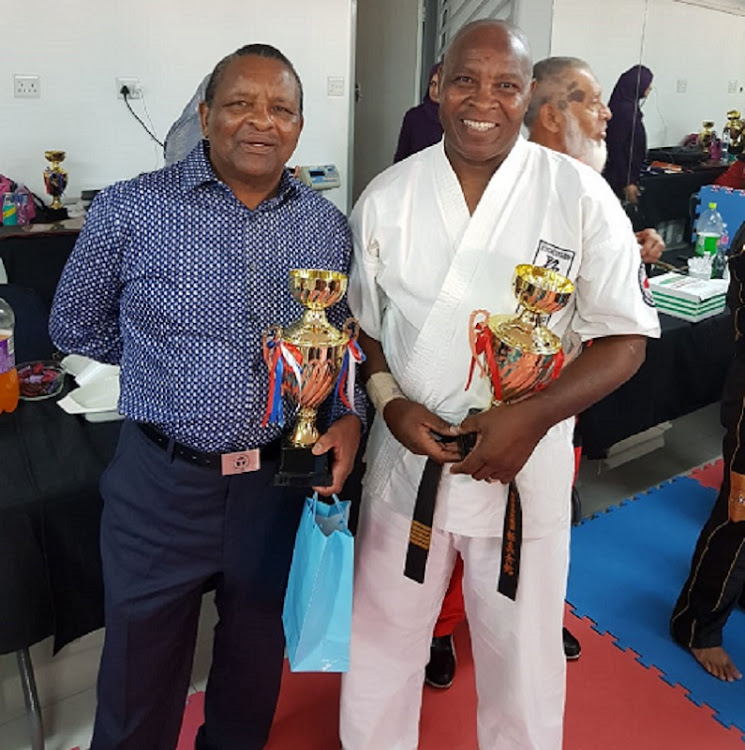 Shihan Peter Thage has had quite a colourful career.

For decades, Thage crafted an extraordinary career in martial arts, achieving lofty highlights both in the ring, travelling to Japan to train with legendary karate master  Masutatsu Ōyama, and out of it, by working on Hollywood films with huge international stars such as James Earl Jones and Spike Lee.

In the twilight of his career when he should be putting his feet up, there is more work to do. Thage says he has been saddened by the lack of a proper structure that could see the co-contact division of sport grow and thrive.

This vacuum has left space for the ruthless exploitation of youngsters by unscrupulous individuals, who have used their eagerness to succeed for financial gain, he says.

"There are people out here staging these tournaments, which are nothing but a money-making scheme for them. This practice has no regard for people's safety because when you do not abide by certain strict full-contact karate rules, people get  hurt. These 'organisers'  advertise that their so-called tournaments will go on 'until late' and, of course, they pocket the registration fee, which is often R200 per person. Now, they are damaging the future of these kids, and robbing the country of very good talent," Thage said.

WHILE the South African Sport Confederation and Olympic Committee is still trying to unify karate, Gauteng leaders of full contact style have ...
Sport
9 years ago

Thage said these "self-styled Kanchos" are clearly out for money only because while they hold their tournaments nearly every other week, the rules of contact martial arts state that the same fighters can only compete three times a year at most because the body needs time to heal.

Thage said he has brought up the issue  with the South African Sports Confederation and Olympic Committee vice president Barry Hendricks, and has also engaged the governing body about registering the United Knockout Organisation of SA (Ukosa), an organisation that he is part of.

"In a sanctioned, well-organised karate tournament, there must be paramedics on hand, in case a fighter needs medical attention. The vice president [Hendricks] has said there will be letters sent out to provinces to stop helping these guys," he said.

Thage says he will not give up the fight to legitimise non-contact  karate in SA, but for now, he will continue with his grassroots movement, which has produced among others elite black-belt owners Kagisho Mosemeng and Vuyani Magugu.

Thage, however, does not confine his work only to Katlehong  where he has been operating from the DH Williams Hall for three decades. Neither does he concern himself with just males  -  Ukosa will be hosting a women-only tournament in Lenasia next month to celebrate Women's Month.