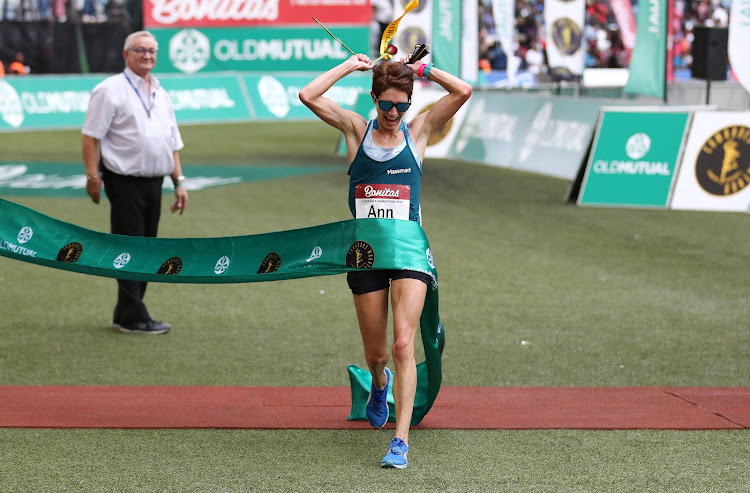 The open nature of the women’s race in the Comrades Marathon could make it one of the most exciting and unpredictable contests in years.

Defending up-run champion Camille Herron is back and with challengers like Gerda Steyn‚ Ann Ashworth‚ Charne Bosman and Fikile Mbutuma‚ the women’s race could pack a serious punch.

Ashworth‚ who said she’ll be taking part in her last Comrades Marathon‚ said their race will spring more than one surprise. Ashworth won the down-run last year and will be a stiff challenge to Herron.

“It’s my last Comrades Marathon and I’m done with ultra-marathons after this but it’ll be a great day out.”

Steyn‚ one of the younger athletes at 29 in the elite women’s group‚ is aware of how she needs to improve on her Comrades finishes.

She’s the back-to-back Two Oceans Marathon winner but hasn’t converted that into a Comrades win.

“We saw a big rise in the calibre of women athletes and there’s a lot of ladies that’ll be waiting in the wings. The racing started quite early last year but the depth and talent is exciting. It’s a great time to be racing in the Comrades‚” Steyn said.

Herron‚ the defending champion‚ has an awkward but highly effective running style that helped her win the up-run two years ago.

She missed an opportunity to tackle the down-run last year because of injury but she remains a formidable opponent. She wants to emulate Ann Trason’s feat of winning the Comrades twice. Trason‚ an American‚ won the up and the down run in consecutive years in 1996 and 1997.

“I’ve done a few interviews since I got here but I’ve always said it’s a life dream to win the Comrades Marathon. It’s something having to reassess your life after achieving your number one goal and I’ve had to write down my goals.

“You want to come back and see how many times you can actually win the race but I’m relaxed and rested.

“There’s an American woman by the name of Ann Trason who’s won it twice so that for me would be the icing on the cake. I’m a lot fitter now and healthier. I want to give the race my best.”