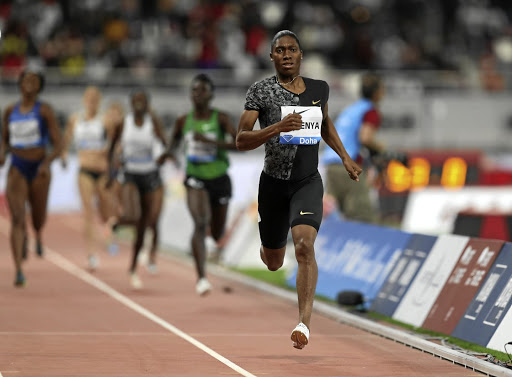 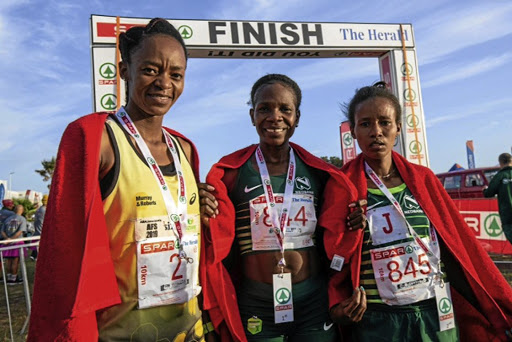 As Caster Semenya announced yesterday that hackers had taken over her number in an effort to make a quick buck out of her battle with the IAAF, she received genuine backing from women runners at the weekend.

Kesa Molotsane and Helalia Johannes, two of the podium finishers at the Spar 10km Grand Prix opening race, offered full support to Semenya following what they described as continuous victimisation by the athletics body, which last week succeeded in persuading the court for arbitration in sport to force the world champion to take drugs that would reduce her dominance.

"It is belittling and discriminatory," said Molotsane, who came third in the opening race in Port Elizabeth on Saturday.

"Caster is one of our own and we must defend her at all costs. We have no problem running with her. In fact, I ran against her just recently (in the SA national champs held in Germiston last month). We have to fight for her."

Two-time Olympic champion Caster Semenya revealed on Monday that her cellphone number had been "hacked" by people who were "asking for money".
News
2 years ago

Molotsane added Semenya had become an inspiration for young girls to take up athletics as a sport, and if she were to be restricted, it would deal a hammer blow to the sport's development in the country.

"She's a role model to many girls," said the Thaba Nchu, Free State-born Molotsane. "She inspires a lot of people and if the IAAF regulation is allowed to stand, it will hamper development in our country. It has to be opposed."

Johannes, who stormed to victory in an incredible 31.50 in the opening race of the series in PE, was blunt and clearly accused the IAAF of racism. "There have been white runners who were dominating the 400m races in the same way Caster is, but the IAAF never did to them what they are doing to Semenya," the Namibian said.

"I'm not happy with what they are doing to Semenya, a black woman. She didn't create herself. The IAAF should question God and stop victimising her. They have been harassing her for years and she soldiered on despite that, winning championships"

Semenya, meanwhile, cautioned yesterday her cellphone number had been hacked by fraudsters looking to make a buck out of her plight.

"Anyone who has my number, please don't use it no more, hackers are in control of it. They are asking [for] money from you all. Get rid of that number please," she tweeted.

Olympic chief Thomas Bach said yesterday he had sympathy for Caster Semenya but respected the Court of Arbitration for Sport's (CAS) decision that ...
Sport
2 years ago
Next Article