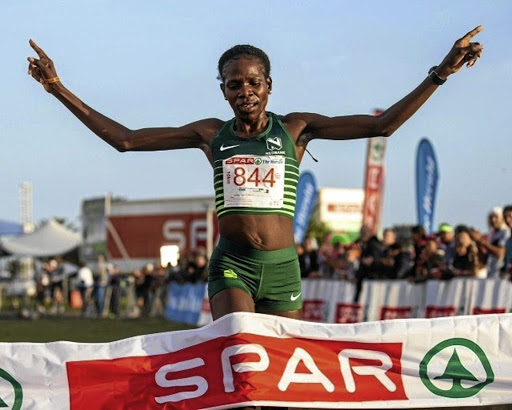 The pace at which Namibian Helalia Johannes stormed to victory in the opening race of the Spar Grand Prix Series in Port Elizabeth was an indication that records will fall this year.

Johannes, 38, stole the limelight by running an incredible 31:50 in the 10km race, the first of six in the women series, in what was the fastest women 10km race in the country.

Her victory was an indication of improved competition brought about by the organisers' decision to open the series to fellow Africans, said Kesa Molotsane, the only South Africa on the podium.

"It's good to have these quality runners in the series.

"We all ran at a fast pace because they pushed us. It can only get better from here when you're surrounded by top runners," said third-placed Molotsane, who ran 33:09.

Second place went to Ethiopian teenager Tadu Teshame (32:38). The race was initially led by Irvette van Zyl, but Johannes and Teshame broke away at the 5km mark, before Johannes added some fuel and left Teshame trailing by about 100m after 7km.

"I cannot say I expected to win," said Johannes, who has run two half marathons in the Windy City before.

The second race of the series is in Cape Town on May 26.