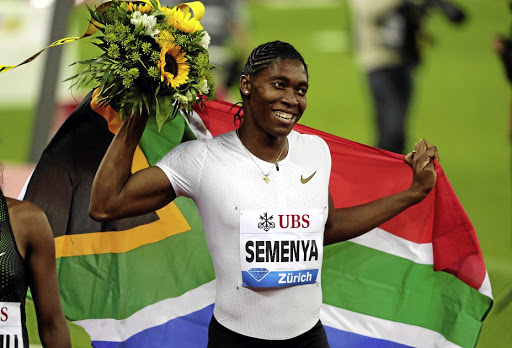 Caster Semenya is not giving up the fight and has accused the International Association of Athletics Federations (IAAF) of targeting her for a decade.

Semenya is set to approach the Swiss Federal Tribune (SFT) in an attempt to overturn yesterday's decision that will allow the introduction of new regulations requiring female athletes with high testosterone levels to reduce them.

"I know that the IAAF's regulations have always targeted me specifically. For a decade the IAAF has tried to slow me down, but this has actually made me stronger," Semenya said.

"The decision of the CAS [Court of Arbitration for Sport] will not hold me back. I will once again rise above and continue to inspire young women and athletes in South Africa and around the world."

CAS ruled in favour of the IAAF and gave it the green light to proceed with the introduction of the new regulations.

Olympic 800m champion Caster Semenya's appeal for the International Association of Athletics Federations (IAAF) to halt the introduction of regulations to limit testosterone in female athletes with differences of sexual development has been dismissed by the Court of Arbitration for Sport.

The Court of Arbitration for Sport (CAS) has dismissed an appeal by Olympic 800-metres champion Caster Semenya to halt the introduction of ...
Sport
3 years ago

Arendse was part of the legal team that represented Athletics South Africa (ASA) at the hearing where it was an applicant together with Semenya.

"We are terribly upset and disappointed. When we left the hearing we felt pretty good about the case and were confident that CAS would not uphold the regulations," Arendse told Sowetan.

"We still have to hear from Caster and her legal team but I suspect they will appeal. There is no other way and I think she can win."

Semenya and ASA have 30 days to appeal the split decision, where one of the three panel members found that the decision should have gone in favour of Semenya.

Many see the introduction of the regulations as a direct attack on Semenya as it only affects the events between 400m and 1,500m.

Her legal team released a statement that suggested an appeal was inevitable and the basis of their argument will be based on the "dissenting CAS arbitrator".

"Ms Semenya is reviewing the decision with her legal team and considering whether to file an appeal.

"Ms Semenya believes that the dissenting CAS arbitrator will be shown to be correct and the DSD [Differences of Sex Development] regulations will be overturned."

Former chairperson of Boxing South Africa and an advocate of women's participation in sport Muditambi Ravele said she was heartbroken by the news ...
News
3 years ago

South Africans have rallied behind Caster Semenya after the news broke that she lost the battle over the new testosterone rules.
News
3 years ago
Next Article