'I was wrong about Caster‚' says former Semenya competitor 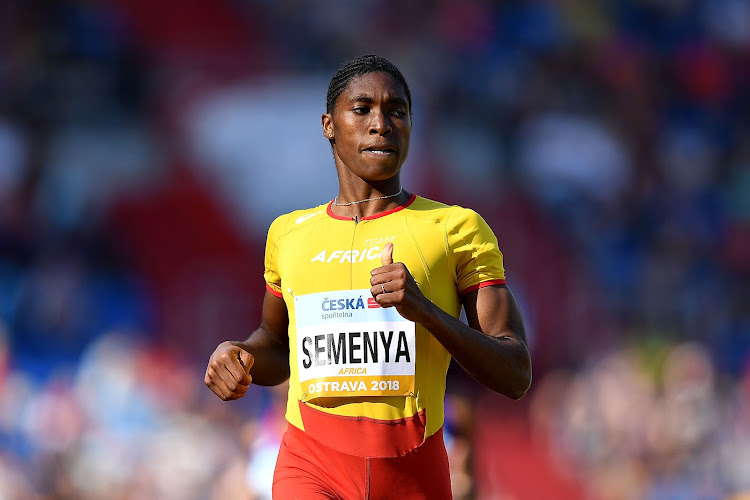 Caster Semenya seems to have as many enemies as friends in her fight against athletics’ officials attempts to rob her of her natural advantage in the cause of protecting less endowed competitors.

But one of her former detractors‚ who is among the many opponents Semenya has left in her wake on the track‚ now counts herself as an ally of the South African.

Madeleine Pape represented Australia in the 800 metres for Australia at the Beijing Olympics in 2008 and at the 2009 World Championships in Berlin — where she encountered Semenya.

“In 2009 I watched the women’s 800m final from the stands as Semenya crossed the finish line more than two seconds clear of the pack‚” Pape wrote in an article published by the Guardian on Wednesday.

“At the time‚ it was by far the path of least resistance for me to join the chorus of voices condemning her performance as ‘unfair’.”

The Court of Arbitration for Sport (CAS) concurred with that view on Wednesday‚ dismissing Semenya’s appeal against the International Association of Athletics Federation’s (IAAF) requirement that female athletes whose amount of testosterone is — as hers is — higher than a stipulated level will need to lower it before they are allowed to compete in certain races.

“Nobody in my orbit presented an alternative viewpoint or held me to account for my own uninformed opinions‚” Pape wrote.

“It was all a rather convenient state of affairs for an athlete seeking consolation for their poor performance in the heats a few days earlier.”

Injury ended Pape’s career‚ and by 2013 she was studying for a PhD in sociology in the United States.

“Quite unexpectedly‚ I found myself taking a class where I was made to revisit what had unfolded at those [2009] championships.

“For the first time‚ I encountered the vast literature written by advocates of women’s sport who oppose the exclusion of women athletes with naturally high testosterone for both scientific and ethical reasons: scientifically‚ because biological sex and athletic ability are both far too complex for scientists to reduce to measures of testosterone‚ and ethically‚ because these regulatory efforts have always been characterised by considerable harm to the women athletes singled out for testing.

“While I was initially confronted and confused by this discovery‚ I eventually began to question the convictions about fairness and sex difference that I had long held as an athlete.

“Critically‚ during this time I also befriended some women with high testosterone. Enter another complicating factor: scientific and ethical concerns aside‚ was I willing to recognise my friends as women outside of sport yet deny them the right to compete alongside me on the track? The short answer‚ I realised‚ was no.

“The issue had shifted from one I could keep at a distance and discuss in the abstract to one that implicated the lives of people I actually knew and cared about.”

Pape’s evolved thinking led her to testify in support of Dutee Chand — an India athlete who‚ like Semenya‚ has a condition called Difference in Sexual Development [DSD] — in another CAS case brought against an earlier set of IAAF regulations.

“One year later‚ Semenya stormed to victory in the women’s 800 metres at the Rio Olympics. I felt regret: not at her gold medal‚ but at the vicious response from the track-and-field community to both her and other medallists accused of having high testosterone and hence an allegedly ‘unfair’ advantage. Had so little changed since 2009?”

Talking to the BBC on Thursday in reaction to Wednesday’s court decision‚ Sharron Davies‚ who won silver for Britain in the 400 metre individual medley at the 1980 Olympics in Moscow‚ built a counter argument: “It is such a complicated situation. My heart does go out to Caster because it’s not her fault‚ however you look at this.

“Does Caster outrule the seven other people she’s racing? Whose human rights are more important?”

Davies warned darkly that “there are agents who go out looking for young girls who are DSD so they can sign them up and make a lot of money”.

Those against Semenya competing in women’s events often cite their opinion that she “looks like a man” as evidence of her ineligibility.

But Davies is white‚ has long blonde hair and blue eyes‚ has gone from appearing in the sport section of newspapers to the fashion and celebrity pages‚ and has been open about her use of cosmetic surgery to enhance her appearance.

She fits the stereotype of what society says a woman should look like.