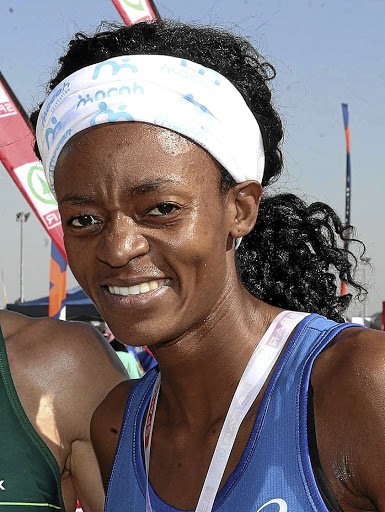 Kesa Molotsane was the best of the South African contingent, finishing third at the FNB Cape Town 12 ONERUN last year. She returns on May 19 with a goal of climbing the podium.

Molotsane has started the year on a positive note, winning all three races run on local soil and finishing best of the SA women at the World Cross Country Championships in Aarhus, Denmark on March 30, in very trying conditions.

Most telling was her win at the SA Cross Country Trials in Pretoria in January where she earned her place on the team to the World Cross Country Championships.

The strength that she has gained in training for the World Cross Country Championships and the experience of racing under very trying conditions at those championships will stand her in good stead at the fifth Cape Town 12 ONERUN.

Molotsane has rapidly developed into one of SA's best middle distance athletes with dominating performances in 2017 and 2018, and will be one of the big favorites.

Already confirmed is Glenrose Xaba who had some incredible duels with Molotsane last year. The two met on nine occasions in 2018, with Molotsane coming out tops 6-3 in the head-to-head. With both Xaba and Molotsane looking to dominate the SA road running scene, the ONERUN may well be the start of a great rivalry of the year.

"Last year was my first experience of the ONERUN. It was incredible, running against some of the best in the world through the streets of Cape Town and all that support. I have to come back again this year," said Molotsane. "The vibe was incredible."

Only Irvette van Zyl, twins Lebo and Lebogang Phalula have run faster over the 12km route than Molotsane, a statistic the 27-year-old, with a personal best of 32:56, would dearly love to rectify. And it is well within her reach.