'Speedsta' back as face of series 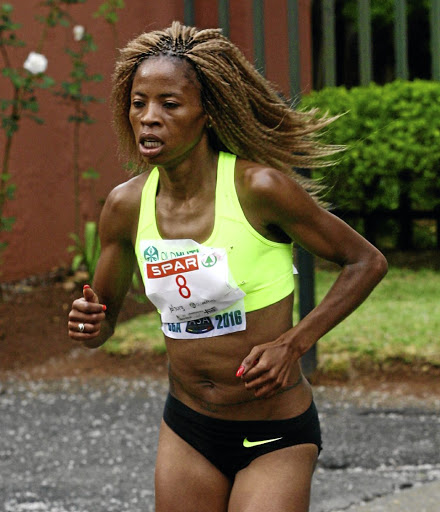 Mapaseka Makhanya has once again been chosen as one of the ambassadors for the Spar Grand Prix 10km races.
Image: Veli Nhlapo

Mapaseka Makhanya and Rene Kalmer have once again been named ambassadors for the Spar Grand Prix 10km Challenge Series.

Makhanya, who won the Grand Prix title in 2013, is one of the elite athletes who will take part in the competitive women's 10km challenge races that are run in six centres around the country.

Well-known for her bubbly personality, big smile and ever-changing hairstyles, "Speedsta", as Makhanya is known to her fans, is an ideal person to represent the series and to promote it.

"I feel humbled and very excited to be asked to be the Grand Prix ambassador again," said Mapaseka.

"The races can change people's lives. They are not just about the elite athletes - the Mapasekas, the Kesa Moletsanes and the Irvette van Blerks - they're about motivating women to take up running and to keep running.

"I always enjoy meeting the women who possibly only run one race a year. It's about lifestyle and about the community of women. I get goose bumps when I think about it."

She said she had only started training a few weeks ago following the tragic death of her only brother after a car accident late last year.

"My first appearance of the year will be at the Spar women's race in Port Elizabeth on May 5.

"I think it is fitting that I make my return in this race, because they have become such an important part of my life."

Kalmer is also an ideal ambassador, having won more women 10km races than anyone else.

Kalmer said: "I am a huge fan of the Spar races and it is a great honour for me to be an ambassador for the races."