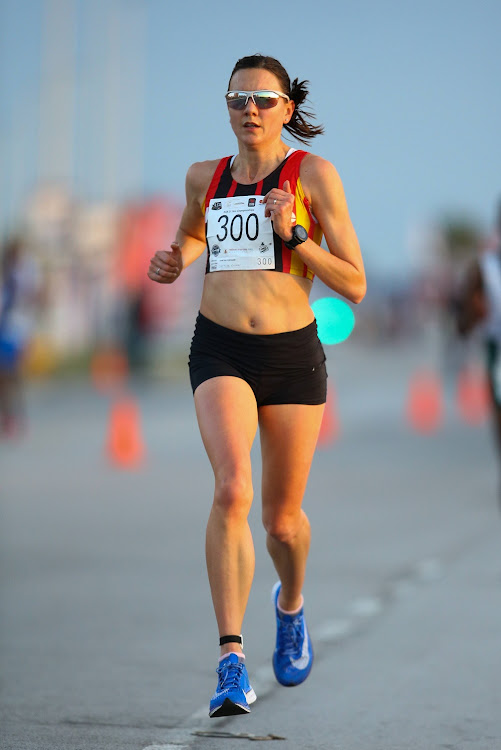 After trying out the ultra-marathon last year, Olympic hopeful Christine Kalmer will be back at her usual distance at the Old Mutual Two Oceans Marathon this weekend.

For the first time since she started running the popular race in 2011, Kalmer ventured into the 56km route last year "because I wanted a different challenge". The 33-year-old had strictly done the half-marathon all along, with her highest position a respectable fourth place in 2013.

Now with one eye on representing SA at the Tokyo Games next year, she will return to the 21km route on Saturday, as Two Oceans marks 50 years of existence.

"The ultra was something I had not done before, but I felt I should give it a go," the Murray & Roberts athlete told Sowetan this week.

"But now with this being a year before the Olympics, my aim is to qualify. I have also just returned from running an international race six weeks ago."

In last year's ultra, Kalmer finished 20th, but in all the years that she's run the half-marathon, she managed a top- 10 place.

"If I'm in the top four again I'll be very happy," she quipped. "The reality is every race has its own challenges. It's never quite the same. It's not an easy route ."

While her sister Rene is entered for the 56km this year, Christine will face a challenge from the likes of Zimbabwean and 2017 winner Rutendo Nyahora for the half-marathon honours. The Phalula twins, Lebo and Lebogang, will also be in her sights.

Once again top runners have been confirmed for the popular race, where ultra winners pocket a whopping R250,000.

Defending champion Justin Kemboi Chesire from Kenya, who clocked 3:09:22 last year, is expected to lead a strong field from abroad, while Gerda Steyn, the South African who won the women's category last year in 3:39:32, carries local hopes once again.

SA's hopes in the 21km will once again rest on the shoulders of Stephen Mokoka and Elroy Gelant.