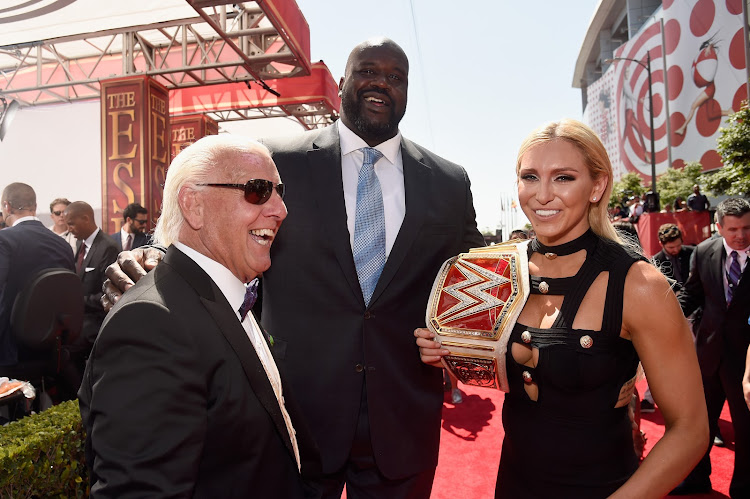 Wrestlemania fever kicked into high gear here on Sunday as the countdown to the WWE's biggest event of the year continues.

The excitement is unmistakable and it's impossible to escape the WWE's marketing machine to the blockbuster event that will take place in East Rutherford‚ New Jersey‚ at a sold out MetLife Stadium on Sunday.

The are several intriguing match-ups on the card but the WWE's decision to feature a women's match as the main event at Wrestlemania for the first time in history has been the main talking point.

WrestleMania 35 host and wrestler Alexa Bliss says she cannot wait to be part of the historic occasion on Sunday.

"It started way back before the Diva era. It started from the very first match a woman has ever wrestled in until now to show that our women can main event‚" she said.

"Our women can deliver and over-deliver and it's taken every single women to get here and I think that's what is incredible about this moment."

Mandy Rose insists that she’s not superstitious but the WWE Superstar has a pre-match ritual that she herself concedes is “weird”.
Sport
3 years ago

Bliss‚ who exudes an infectiously warm personality and confidence‚ said the male wrestlers have been supportive of the WWE's bold direction since the groundbreaking Evolution in October last year‚ the first-ever all-women's pay-per-view event.

Bliss admitted that she is going into Wrestlemania with mixed emotions because she will not compete against other wrestlers in the ring and her involvement will be confined to hosting the event.

"I am happy because I have been medically cleared to compete‚ I have been working in a lot of events‚ I have been wrestling in the ring for the past month and a half and it's been great‚" she said.

"Obviously I'm upset that I am not.... not upset actually rather I'm bummed that I am not in the main event because I have done a lot for the company.

"You know it's been great but I get to do a different role because I do not think that anything can top my last two Wrestlemanias.

"I feel like yeah it would have been fun to main event‚ but I love the fact that I get the opportunit to host."

He may be one of the most physically imposing wrestlers on the WWE roster but Intercontinental champion Bobby Lashley is also one of the nicest guys ...
Sport
3 years ago

There will be no shortage of excitement in the other matches on the card and below are a couple of match-ups that should deliver a lot of dramatic moments at MetLife Stadium:

Shane McMahon vs. The Miz

The Boss n' Hug Connection vs. The IIconics vs. Nia Jax and Tamina vs. Beth Phoenix and Natalya

*** Mninawa Ntloko is in New York as a guest of the WWE.