Tragedy at Ironman championship as two competitors die during swim 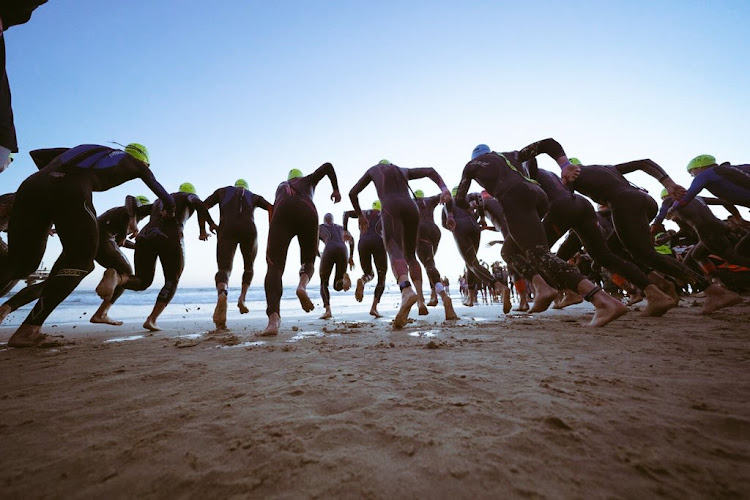 Two participants in the Ironman competition taking place in Port Elizabeth died on Sunday - one of a suspected heart attack while the other is believed to have suffered convulsions.

"It is with great sadness that we confirm the death of two race participants at the Ironman African Championship. Both athletes required medical attention during the swim portion of Sunday's race and were transported to a nearby hospital where they were treated," organisers said in a statement on Facebook.

"Our condolences go out to the family and friends of both athletes, whom we will continue to support. We are working with the local authorities to gather all details."

HeraldLIVE said police spokesperson Col Priscilla Naidu confirmed that both incidents happened about 10 minutes apart and that both were declared dead when they reached the hospital.

They were named as Leon Stanvliet, 63, from George, and Andre Trichardt, 58, from Durban.

Officials on the scene said it appeared Stanvliet had convulsions during the swim and Trichardt is believed to have had a heart-related problem during the swim.

Both were taken out of the water by rescuers but attempts to resuscitate them failed.

"At this stage we are awaiting the postmortem results to determine the exact causes of death. No foul play is believed to be part of the incidents and two inquest cases are under investigation," said Naidu.

We are deeply saddened by the news of the two Standard Bank Ironman competitors who lost their lives during the swimming leg of the competition at Hobie Beach in PE this morning. Our hearts go out to their families and loved ones. #SBIronman @IMSouthAfrica.