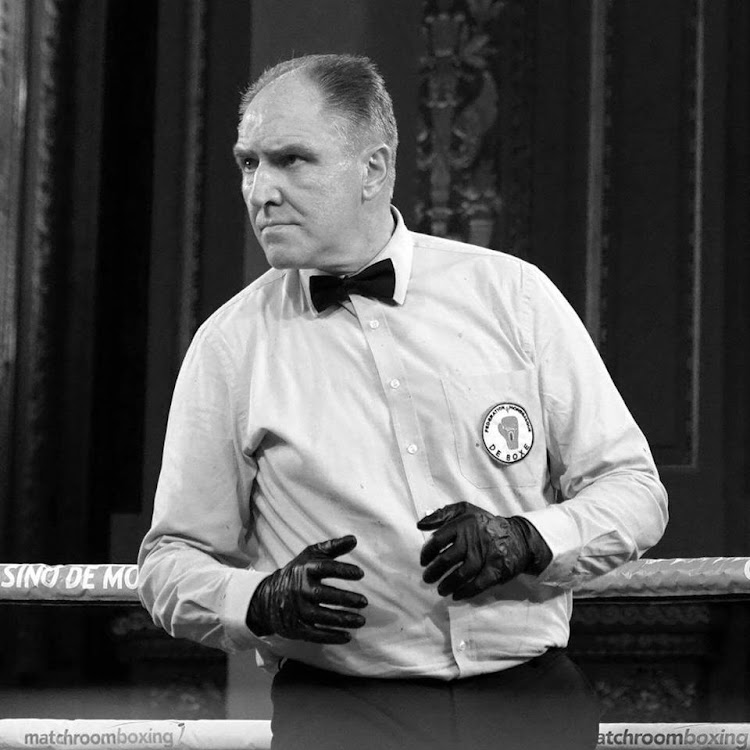 The 26-year-old Lerena‚ a big draw card at Emperors Palace in Kempton Park‚ will put his belt on line against Artur "Thunder Man" Mann from Germany in the main contest of the "No Mercy" bill of Golden Gloves on Saturday night.

Laine‚ originally from Haiti but based in Monaco‚ has handled many world title fights recently‚ including the WBA mini flyweight championship between newly crowned holder Knockout Freshman from the Philippines and Byron Rojas from Nicaragua.

IBO president Ed Levine confirmed Laine's appointment to TimesLIVE on Sunday and added that Eddie Pappoe from Ghana‚ Giulio Piras from Italy and Giustino Di Giovanni from Italy would be the judges.

Fans will be out to scrutinise Lerena's performance after he was been cleared of any wrong doing by the Championship Committee of the IBO. The boxer was reported last year by the WBC to have failed a dope test.

The WBC announced on Twitter in November that Lerena returned a positive result after the Voluntary Anti-Doping Association (VADA) tested him on October 18 in Johannesburg.

It said Lerena tested positive for Clomiphene‚ a banned substance.

The boxer‚ his trainer Peter Smith and promoter Rodney Berman came out with guns blazing over the allegations and they made it clear that they would deal with a matter they believed was aimed at tainting the boxer's image.

What really irked them was that Lerena volunteered to do the test and they questioned how he could have taken drugs when he was not even in preparations for a fight.

The IBO Championship Committee cleared him‚ and the organisation's Florida-based president Ed Levine announced early last month that the boxer would keep the cruiserweight belt that will be on line against the 28-year-old Germany-based Kazakhstani.

Mann‚ who has held both the WBO International and Global Boxing Union belts‚ is undefeated after 15 fights.

He is rated No 21‚ a spot above Lerena's stable mate and ABU cruiserweight holder Thabiso "The Rock" Mchunu.

Lerena‚ who will bid for the third defence of the belt he won in 2017‚ has 21 wins against a loss.

Boxing SA’s reigning 2017 promoter of the year award winner Ayanda Matiti says he really does not understand the obsession over Ali “Rush Hour” ...
Sport
2 years ago

Azinga Fuzile never met the man he has been asked to honour but will happily headline a tournament that is to be held to celebrate Mzukisi "Laciar" ...
Sport
2 years ago
Next Article