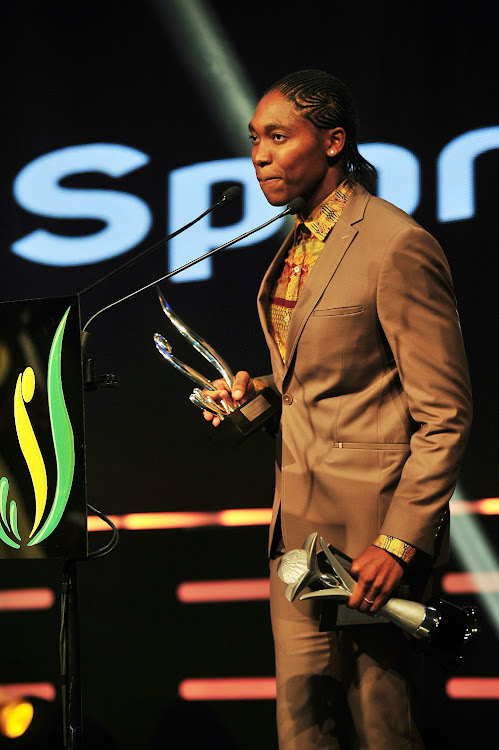 The Minister of Sport Tokozile Xasa and her director-general Alec Moemi have assembled a powerful team of local and international experts to lead the defence in Caster Semenya’s case against the IAAF at the Court of Arbitration for Sport in Zurich from Monday.
Image: Veli Nhlapo

The South African government is going to spend an estimated R25-million in their court battle against the International Association of Athletics Federations (IAAF)‚ where they are defending 800-meter world and Olympic champion Caster Semenya.

Minister of Sport Tokozile Xasa and her director-general Alec Moemi confirmed on Friday that the government is footing the bill for the assembly of a powerful team of local and international experts.

They will lead Semenya’s case at the Court of Arbitration for Sport (CAA) in Zurich from Monday.

Semenya is challenging the proposed rule amendment by the IAAF that seeks to restrict the levels of testosterone in female athletes.

Xasa said they are confident of success at CAS because they have assembled top medical and legal experts from South Africa and around the world.

Caster Semenya will fight her battle with the IAAF in court and not in the media‚ her lawyers said in a statement on Thursday.
Sport
3 years ago

“The case‚ which starts on Monday‚ needed resourcing but we have a full team there to put the case together‚” Xasa said‚ adding that their efforts have been endorsed and supported by President Cyril Ramaphosa.

“We have provided that form of support as government despite the fact that we got indication of the dates from CAS at the last minute.

“The department has also facilitated visas and set up a base for the team and we have also offered various forms of support.

“We will continue to do that because we believe that it is not just about Athletics South Africa (ASA) or Caster Semenya‚ but also about the country rallying behind all athletes around the whole world.”

Moemi said the government believes that they are fighting a worthy fight and a loss will be catastrophic.

“From the word go‚ government immediately responded by instituting a high-level response team and it includes all parties and Caster’s legal representatives and ASA‚” the director-general said.

The South African government is standing firm behind Caster Semenya after a news report claimed that International Association of Athletics ...
Sport
3 years ago

“We have also roped in a number of local and international experts and all that is supported and funded by government. We are not going there to lose because a loss will be catastrophic.

“There is the medical side of things‚ which includes experts from South Africa and other parts of the world who looked at things such as research. There is also the legal stream where we had to assemble a team of lawyers to prepare the case together with Caster’s legal team.

“We are also supporting ASA in terms of paying their legal fees as well as other related aspects such as travel and other logistics.

“We are really at the centre of this but in terms of actual figures I will not be able to give you those from the top of my head.

“But I can assure you that it is a worthy fight that is being fought. As you know‚ many people are afraid to touch US citizens because they know if you do that their government is coming for you and it is the same in this case.

“The world cannot trample on the rights of South Africans everywhere in the world in all facets of life. Government exists to protect the right of its citizens and we are doing exactly that.”

1. Alec Moemi (Director-General of Sport and Recreation South Africa‚ who shall be the convener/chairperson of the Panel)

2. Dr Debbie Alexander (Board member of the South African Sport Confederation and Olympic Committee‚ or Sascoc‚ and a medical doctor)

6. Professor Steve Cornelius (a professor at the University of Pretoria who is also the head of its law department)

7. Professor Ross Tucker (professor at the University of Cape Town)

9. A legal team to be appointed by Athletics South Africa

10. Kenetswe Mosenogi (director: sport scientific support services at SRSA who shall render the Secretariat Services to the panel)