Serena ready to fight for her 24th Grand Slam 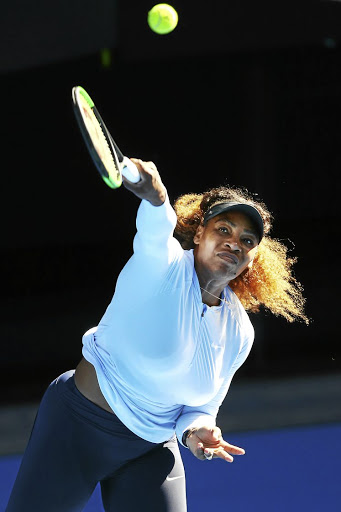 Serena Williams is back in Melbourne as hot favourite to repeat her 2017 Australian Open win and claim a record-equalling 24th Grand Slam with rivals, including defending champion Caroline Wozniacki, battling health issues and poor form.

Williams won her 23rd title and seventh at Melbourne Park while eight weeks pregnant two years ago, and now attempts to match Margaret Court's mark of 24 singles majors on the Australian's home soil.

The 37-year-old enters the tournament ranked 16th in the world, but has proved in the past that such numbers mean little to her, despite fresh memories of her meltdown in losing the US Open final to Naomi Osaka in September.

Her 2017 triumph Down Under gave Williams the outright open era record for singles majors ahead of Steffi Graf's 22, leaving only Court's tally of 24 titles - 13 of which were earned in the amateur era before 1968 - for Williams to chase.

Williams missed her first chance to match Court when losing last year's Wimbledon final to Angelique Kerber, and said ahead of the Australian Open that she was taking nothing for granted.

Serena Williams is back in Melbourne as hot favourite to repeat her 2017 Australian Open win and claim a record-equalling 24th Grand Slam with ...
Sport
1 year ago

"It's something that I clearly want but I have to be able to get there and beat a lot of good players to get it," the American said.

Regarding the controversial final against Osaka at Flushing Meadows - when she raged against umpire Carlos Ramos who imposed three code violations, the final one resulting in the loss of a game - Williams said she had put it behind her and intended to "move on to bigger and better things".

Bookmakers in Australia have installed Williams as a short-priced favourite for the title with her US Open conqueror Osaka - the first Japanese player to win a Grand Slam - next in the betting.

The 21-year-old Osaka backed up her US Open win by riding a wave of fanatical home support to reach the final of the Pan-Pacific Open in Tokyo without dropping a set.