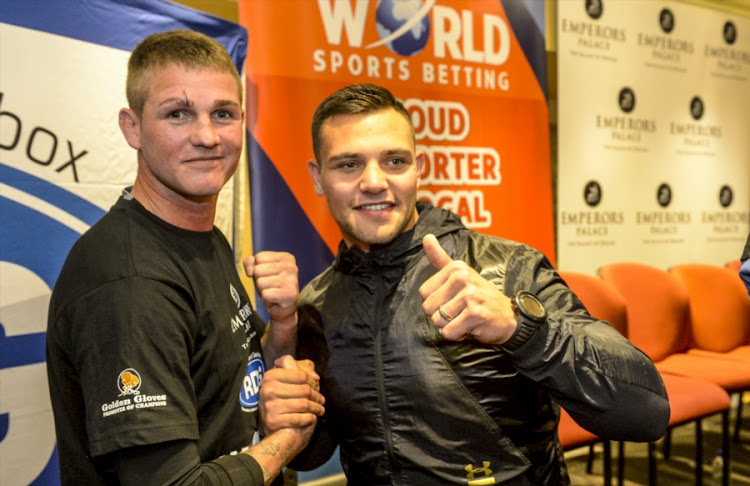 It has taken more than a decade for South Africa to produce its own boxing Nostradamus whose name is basically synonymous with predicting the future.

Actually the last local pugilist to do just that was Simon “Tsipa” Skosana.

The tiny little warrior from Springs in the East Rand always predicted that he would be done and over with his opponents in the seventh round and he duly delivered.

Even Bernardo Pinago from Venezuela – who was assisted by the big cut that blocked Skosana's view to retain his WBA bantamweight title by a knockout in the 15th round at Indoor Centre in Springs in 1986 – visited Slumberland in round seven.

The burly-built left-hander – whose skills are honed by former heavyweight professional boxer Peter “The Sniper” Smith – is a one-man marketer and has slotted perfectly into a world where social media and branding have become ubiquitous.

What is more‚ Lerena can fight‚ blending his alpha male personality with his power.

The 25-year-old former SA‚ WBC Youth and WBA Pan African champion – who was able to avenge his only loss to a South African‚ Johnny “The Hurricane” Muller – has told Thomas “Tommy Gun” Oosthuizen in no uncertain terms that he would beat the hell out of him when they meet in the square ring next year.

“I’m gonna shut you up for good‚” Lerena said on Thursday.

There have been talks that either Oosthuizen or Thabiso “The Rock” Mchunu will challenge Lerena.

But the match-up between Mchunu and Lerena cannot happen because Mchunu‚ from Cato Ridge near Pietermaritzburg‚ is trained in Johannesburg by Peter's younger brother Sean Smith.

So clearly the man to face Lerena early next year is Oosthuizen. Fortunately their careers are guided by promoter Rodney Berman.

“From my side you got the fight‚” said Lerena. “I’m a man of my word. I made a promise to this guy [Oosthuizen] that I’ll give him that money shot that he needs in June 2019.

“I’ll have my comeback fight in March then I will fight this fool in June‚ so from my side it’s on. It will be the highest-earning fight between two South Africans for the IBO world title.”

Lerena predicted victory against Oosthuzien but just could not say in which round – a skill that made Muhammad “Louisville Lip” Ali the first boxing Nostradamus.

Ali could correctly predict the round of victory – there was a run of seven times out of eight where he got it right. And when‚ in February 1962‚ he stopped Don Warner in four rather than the five forecast‚ he claimed he had finished the fight early because Warner had not shaken hands.

Ali gave fans of the sweet science what they dearly paid to see. What set him apart from the rest was his ability to adjust to win a particular fight through hard work in the gym.

He brought fire to his craft‚ a burning desire to win at all cost‚ mental and physical presence inside the ring. Accuracy – and most important a big mouth.