River Plate arrive in Madrid ahead of Superclasico final with Boca 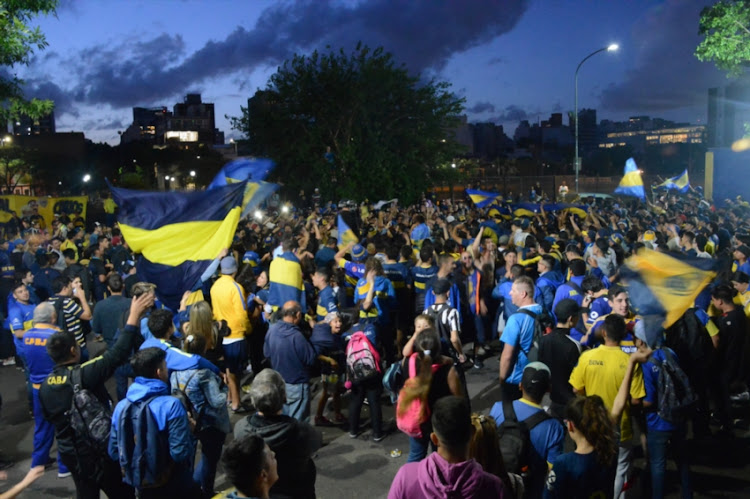 River Plate touched down in Madrid on Thursday morning for the eagerly anticipated Copa Libertadores final second leg at the Santiago Bernabeu, a day after opponents and eternal Buenos Aires rivals Boca Juniors landed in the Spanish capital.

Spanish police are calling the security operation for Sunday’s match, which has been switched from River’s ground to Real Madrid’s home 10,000 kilometres across the Atlantic Ocean, the biggest ever for a game in Madrid.

More than 2,500 officers are expected to be on duty for the match, known as the ‘Superclasico’ and regarded as one of the world’s fiercest soccer rivalries.

The Paseo de la Castellana, which runs from the centre of Madrid to the stadium, will be closed off from 9am local time (0800 GMT) on Sunday as police divide the two groups of fans to prevent violence.

The game was originally scheduled to take place on Nov. 24 but was called off after several Boca players sustained injuries when rocks were thrown at their team bus as it arrived at the Monumental stadium.

South America’s soccer confederation (CONMEBOL) initially postponed the game by a day before calling it off again and switching it from the Argentine capital to Madrid, a move that has been met with loud protests from both clubs.

River have complained of losing home advantage Boca enjoyed in the first leg, which finished 2-2 at the Bombonera stadium on Nov. 11.

Boca, meanwhile, say they should have been awarded the title — South America’s equivalent of Europe’s Champions League — as a result of the violent attack on their players.

The move to another continent has not lessened interest in the fixture, however, with practically all tickets for the final at the 85,000-seat Bernabeu already snapped up.