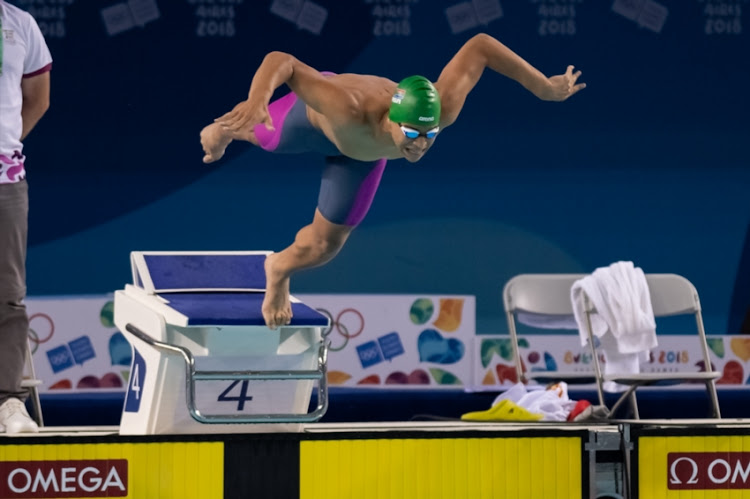 Youth Olympic swimming medallists Michael Houlie and Dune Coetzee have been named in the 220-strong SA team for Southern African under-20 Games in Gaborone from December 7-16.

Houlie won gold in the men’s 50m breaststroke and Coetzee silver in the women’s 200m butterfly in Argentina recently.

The SA team to Botswana‚ announced by the SA Sports Confederation and Olympic Committee (Sascoc) on Wednesday‚ will compete across nine codes‚ including athletics‚ basketball‚ boxing‚ football and tennis.

At the last games in Angola in 2016‚ SA finished atop the medals table with 123 gongs.