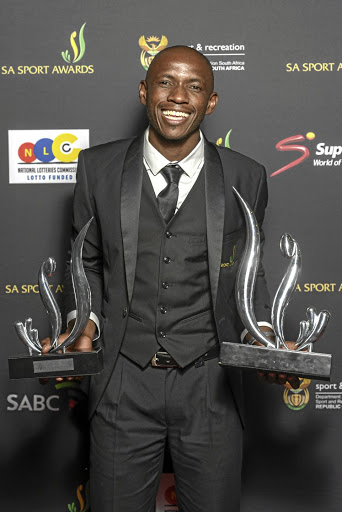 Athletics superstar Caster Semenya hopes her achievements will inspire the next generation of track and field heroes for the country.

Semenya can't stop winning on and off the field after she was named the Sports Star of the Year and Sportswoman of the Year at the SA Sport Awards in Bloemfontein at the weekend.

Though she missed the awards ceremony, the 27-year-old expressed her gratitude for the accolades.

Multiple Olympic and world champion Caster Semenya stole the show at the SA Sports Awards held in Bloemfontein on Sunday night by walking away as the ...
Sport
3 years ago

"With each award I receive I am encouraged to keep doing what I do. I love this sport because it chose me," Semenya said. "The year 2018 has been an incredible year for me and I have been able to grow from strength to strength. I am thankful for all the continued support I have received from the fans all over the world and my fellow South Africans, who keep me inspired.

"I want to continue to be a role model to the youth to show them that if you have a dream, go for it and never look back, focus on education and give as much effort to what you're passionate about."