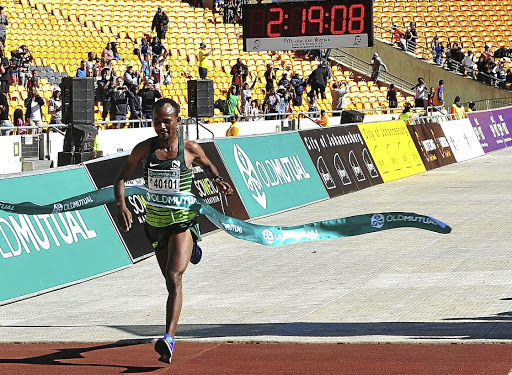 Old Mutual Soweto Marathon Trust chairperson Sello Khunou has toasted the growth of the roadrunning event after yet another successful edition at the weekend.

The 25th edition of the popular race on Sunday attracted 30000 runners. It has come a long way since the first race in 1991 where in between two editions had to be cancelled due to among other things, lack of sponsorship.

Khunou revealed that in the coming years the organisers would be eyeing bigger numbers.

"We have come a long way, when we started I think we had 80 runners, today we have something like 30000 runners," Khunou said.

"When we started we did not think we would have this number. We are eyeing 50000 runners in the marathon.

Some people tell us it's a pipe dream but I feel we will be able to achieve that."

This year's race had a presidential feel to it as President Cyril Ramaphosa participated in the 10km although he did not finish.

The race cuts through the heart of Soweto - passing through landmarks including the famous Vilakazi Street, the Hector Pieterson Memorial and Walter Sisulu Square.

"Last year we had 22000 runners so we are seeing a year on year growth and we expect more in future," Blumberg said.