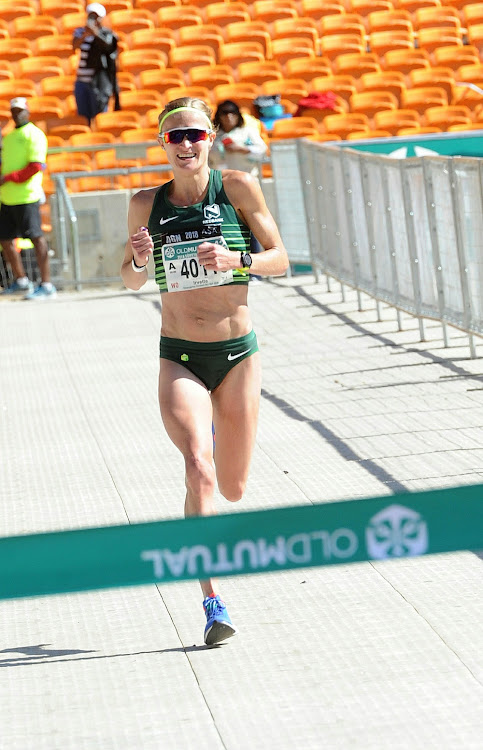 South African middle distance runner Irvette van Zyl smashed the Old Mutual Soweto Marathon record this morning to cap off what has been an eventful year.

The 31-year old mother of two set a new benchmark of 2:33.43 in the women’s 42km race five months after giving birth to her second son.

"After having a baby five months ago‚ I did not think I would be able to run a record time but once I reached the last 2km I realised it was possible‚" Van Zyl said.

On the men's side‚ Ethiopian runner Sintayehu Legese was not going to allow another upstart to upset him as he reclaimed his title and together with Van Zyl they will walk away with R250 000 cash prize for their efforts.

Legese was pipped to the title last year when Tsepo Mathibelle from Lesotho was the surprise winner and prior to that the Ethiopian had a strangle hold on the race having won it in 2014‚ 2015 and 2016.

Foreign athletes continued their dominance in the men's race as Lesotho national Lebenya Nkoka finished second in a time of 2:20.31 while Dafa Ifa Debele also from Ethiopia completed the podium in 2:21.13.

After his win he said: "Last year I was disappointed that I could not win the title but I just told myself that I would come back stronger this time."