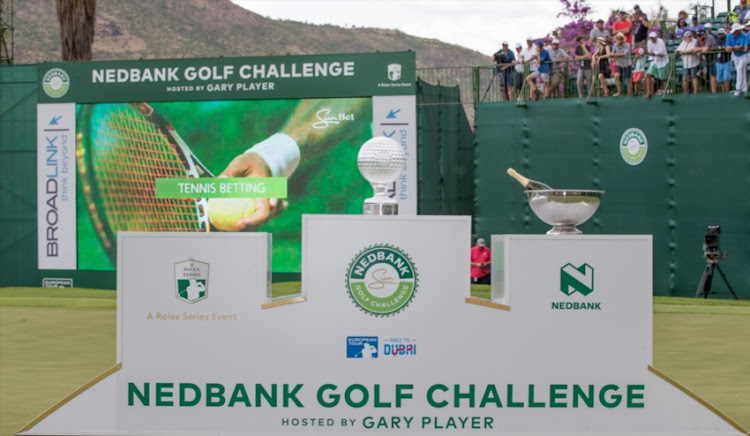 This week’s Turkish Airlines Open in Antalya will help complete the final pieces of the entry list puzzle for entry into next week’s Nedbank Golf Challenge (NGC) at Sun City.

The Turkish Airlines Open and the NGC are the third last and the penultimate events respectively in the race to Dubai as jockeying for position becomes the order of the day in the build-up to the climax in the desert.

The top 64 ranked players in the Race for the Dubai automatically qualifies for the NGC‚ as does the defending champion‚ in this case Branden Grace‚ as well as the most recent Sunshine Tour order of merit winner George Coetzee.

The tournament can extend an additional six invites‚ of which three have to feature in the World Golf Rankings as of 24 September.

Currently Italy’s Francesco Molinari holds the aces in the Race to Dubai and it is hardly surprising the nearest man to him is the one with whom he established a well publicised bromance during the Ryder Cup‚ England’s Tommy Fleetwood.

Molinari‚ the Open winner‚ has been Mr Consistency this year.

American Patrick Reed is third‚ while compatriot Xander Schauffele surged into fourth place after his win on the World Golf Championship in Shanghai last weekend.

Schauffele has earned his lofty position having played in just eight events on the European tour.

Fleetwood by contrast‚ has played in 17 events‚ while fellow top 10ers Dane‚ Thorbjorn Oleson and England’s Eddie Pepperel have played in 21 and 22 events respectively.

Former world number one Rory McIlroy‚ the biggest confirmed draw card at the NGC‚ is ranked sixth‚ while the 2016 winner at Sun City‚ Swede Alex Noren is fifth.

Recent world number one Justin Rose who is 10th‚ still has a mathematical chance of winning the race if he strings three great results together in the coming three weeks.

The same applies to big hitting Spaniard Jon Rahm who is in 11th place‚ who with Rose formed part of the victorious European team in this year’s Ryder Cup.

Speaking of which‚ Europe’s captain Thomas Bjorn has also indicated he will dust down his clubs next week.

The highest placed South African is Brandon Stone who is 18th‚ one place worse off than highly rated Kiwi‚ Ryan Fox.

South Africa’s Louis Oosthuizen and Charl Schwartzel have also confirmed their presence in the Pilanesberg.

Oosthuizen is a consistent performer at Sun City having finished in the top 15 on his last five visits‚ while Schwartzel came close once‚ when he finished two shots back from German‚ Martin Kaymer in 2012.

Apart from Noren and Grace other previous winners who have confirmed their entry are Spaniard‚ Sergio Garcia (2001‚ 2003) and England’s Lee Westwood (2010‚ 2011). In 2011 Westwood became on the sixth player to defend his title in the NGC.

While the tournament’s six invitees may potentially lend more prestige to the event‚ it is also worth noting the class still hoping to sneak in via the conventional route.