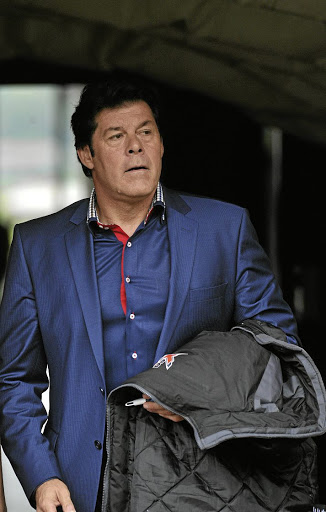 Free State Stars coach Luc Eymael is using SuperSport United's post-CAF Confederation Cup slump of last season as a case study to emphasise the significance of accumulating many points before they embark on their African adventure next month.

SuperSport slumped to the point of fighting relegation possibly fatigued because of playing in the Confed Cup, where they lost 2-1 on aggregate to TP Mazembe in the final last term.

Eymael now wants his Stars side to collect at least 20 points before their maiden participation in the second-tier African club competition.

"It is very important to start by collecting as many points as you can before the start of the Confed Cup, otherwise you will find yourself in a situation like SuperSport did last season. If we can get 20 points [they are currently on 11 points] before we start playing in Africa, that'd be fantastic," said Eymael.

"I use the example of SuperSport to stress to my players the importance of doing well early in the league. SuperSport had to fight until the very last match to escape relegation last season. We do not want to be panicking when the season ends."

Free State Stars are pondering how to counter the financial burden that comes with participating in CAF.
Sport
3 years ago

However, Ea Lla Koto's task at hand is the first round of the Telkom Knockout where they will host defending champions Bidvest Wits at Goble Park next weekend.

Stars are the Nedbank Cup champions and Eymael is confident their Ke Yona triumph can inspire his troops to add the TKO title to their cabinet.

"I am positive that we have what it takes to win this cup. This club is very hungry for trophies. We are happy that we will play Wits at home, that should be an advantage."