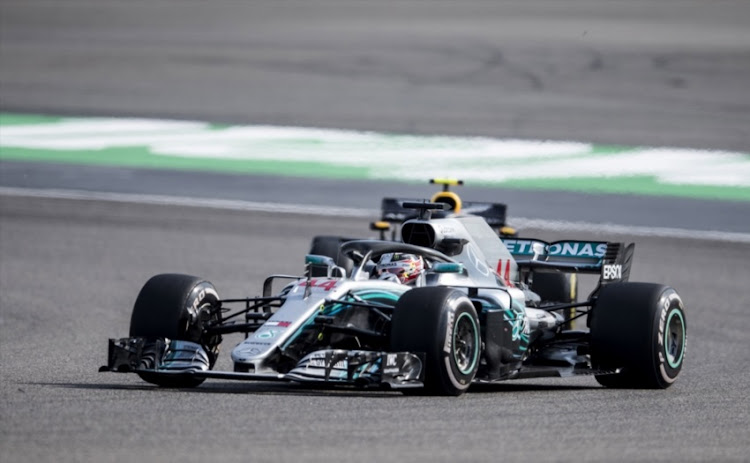 Lewis Hamilton of Great Britain driving the (44) Mercedes AMG Petronas F1 Team Mercedes WO9 on track during final practice for the Formula One Grand Prix of China at Shanghai International Circuit on April 14, 2018 in Shanghai, China.
Image: XIN LI/Getty Images

Lewis Hamilton may have tightened his grip on a fifth world title after extending his championship lead with a surprise victory in Monza two weeks ago, yet Mercedes are playing down the Briton’s chances of adding to that triumph in Singapore.

In the last three of his four Formula One title wins, Hamilton has returned from the annual summer break in brilliant form, reeling off a succession of victories in his dominant Mercedes to close the door on his title rivals.

However, while the Briton has finished second in Belgium and first in Italy since the season resumed in August, his car is seen as inferior to Sebastian Vettel’s Ferrari and Sunday’s Singapore Grand Prix should once again favour the German.

Second-placed Vettel slipped 30 points behind Hamilton after coming off the worst in a first-lap collision with the Briton in Monza and the 31-year-old knows he has little room for further mishaps with only seven rounds remaining.

The pair arrived in Singapore in a similar position a year ago, but the pole-sitting Vettel crashed into Red Bull’s Max Verstappen and team mate Kimi Raikkonen soon after the start as Hamilton cruised to victory and never looked back.

Vettel and Hamilton are the most successful drivers on the floodlit Marina Bay Street Circuit with seven wins between them but Mercedes chief Toto Wolff says the odds are stacked against the Briton matching the German’s four Singapore victories.

“Singapore has features that we’ve struggled with in the past. The short straights, the slow, tight corners and the bumpy surface all make (it) one of the trickiest tracks of the season for us,” the Austrian said in a team statement.

“Last year, we started the race from the third row — and came home with a win and a third place. On paper, the track should favour the Ferraris, but the championship fight is so close that predictions are almost meaningless.

“We’re in the middle of a monumental championship fight... every man and woman in the team is willing to push themselves to the limit; we will be fighting with everything we’ve got for these two championships.” Vettel, who will be joined by Sauber’s Charles Leclerc next season with Raikkonen heading the other way, has been criticised for losing points through over-aggressive driving but Wolff came out in defence of the German after his Monza spin.

“I’m not completely neutral, but for me Lewis is the best driver of recent years. Even so, I find the criticism of Sebastian not quite fair,” Wolff told Die Welt newspaper of Vettel, also a quadruple world champion.

“If possible to win, he has the ambition to do it with the necessary aggression. That requires a lot of courage and his way of driving sometimes leads to collisions.

“It could easily have been Lewis instead of Sebastian who spun (at Monza). Then the whole grand prix would have been different.”