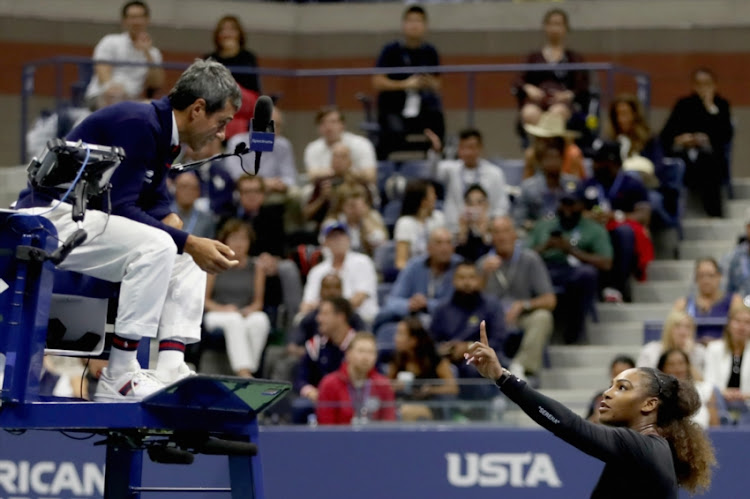 Serena Williams of the United States reacts to umpire Carlos Ramos after her defeat in the Women's Singles finals match to Naomi Osaka of Japan on Day Thirteen of the 2018 US Open at the USTA Billie Jean King National Tennis Center on September 8, 2018 in the Flushing neighborhood of the Queens borough of New York City.
Image: Matthew Stockman/Getty Images

Umpire Carlos Ramos has made his first public statement since the US Open, saying he was “good” despite the firestorm of controversy that followed his officiating of last weekend’s women’s final between Serena Williams and Naomi Osaka.

The 47-year-old Portuguese handed out three code violations to runner-up Williams on Saturday, prompting a heated on-court argument with the 23-times Grand Slam champion and sparking a debate about sexism in tennis.

“I am good, under the circumstances,” Ramos was quoted as saying in Portugal’s Tribuna Expresso.

“Don’t you worry about me!“ Ramos, who told the newspaper that he had avoided walking the streets of New York on Sunday to avoid any “complicated situations“, confirmed he would be back in the chair on Friday in Zadar, Croatia.

The International Tennis Federation (ITF), which on Monday issued a statement describing Ramos as one of the most respected umpires in tennis, has appointed him to officiate the semi-final of the Davis Cup, the international men’s team event, between Croatia and the United States.

Williams was fined $17,000 and docked a point and a game for three code violations during the match, including breaking a racket and verbally abusing the umpire.

Billie Jean King, the former world number one who founded the WTA in the 1970s, said on Tuesday all sides shared blame for the incident, saying Williams was “out of line” but that Ramos could have prevented the controversy with more leniency and clearer communication.

Ramos was unable to defend himself in public in New York as the row escalated over the weekend as ITF rules prevent umpires from commenting on their matches.

The incident sparked another social media storm on Monday when a cartoon was published in an Australian newspaper depicting Williams with exaggerated features, which civil rights activist Rev. Jesse Jackson among others described as “racist“.

The Herald Sun, owned by News Corp, defied allegations of racism on Wednesday when it reprinted the cartoon on its front page, attempting to portray the controversy as a matter of freedom of speech.