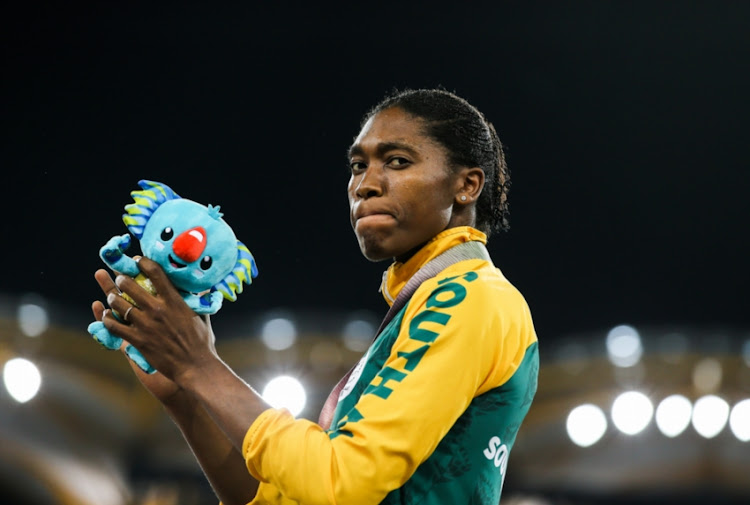 Caster Semenya of South Africa with her gold medal during the medal ceremony for the women's 800m during the evening session of athletics on day 9 of the Gold Coast 2018 Commonwealth Games at the Carrara Stadium on April 13, 2018 in Gold Coast, Australia.
Image: Roger Sedres/Gallo Images

Caster Semenya will have a tough time in the women’s 400m at the IAAF Continental Cup competition in Ostrava‚ Czech Republic‚ on Saturday‚ going up against two faster runners.

Semenya is the African champion in the one-lap race‚ but the continental queens from Asia-Pacific and Americas‚ Salwa Eid Naser of Brunei and Shakima Wimbley of the US‚ stand between her and glory.

Semenya won the African showpiece in Nigeria in 49.96sec‚ and although the IAAF has yet to accept that time‚ it’s well behind world No2 Naser’s 49.08 and the 49.52 of world No3 Wimbley.

Including Europe there are four continental teams in all‚ with each outfit entering two athletes into each discipline.

The provisional team lists were released by the IAAF on Tuesday evening.

Semenya and Francine Niyonsaba of Burundi are the favourites in the women’s 800m on the final second day of competition on Sunday.

In total there are 20 SA competitors in the African team‚ but none of the others will take the favourite’s tag into an event.

African long-jump champion Ruswahl Samaai goes in seeded third behind China’s Jianan Wang and Olympic champion Jeff Henderson of the US. They have been 8.47m and 8.44 this season‚ compared to Samaai’s 8.42.

But given that Samaai has at least beaten Henderson this year‚ he can’t be written off.

Luvo Manyonga ended second behind Samaai in Nigeria‚ but he wasn’t eligible for selection because competition rules prevent more than one athlete per country in each individual event.

Akani Simbine is up against American phenom Noah Lyles in the men’s 100m.

China’s Bingtian Su is also ahead of the South African on the world list.

Simbine has been faster than Yohan Blake‚ the other runner from the Americas‚ by one-hundredth of a second in 2018‚ but the Jamaican got the better of him in their last outing in Brussels.