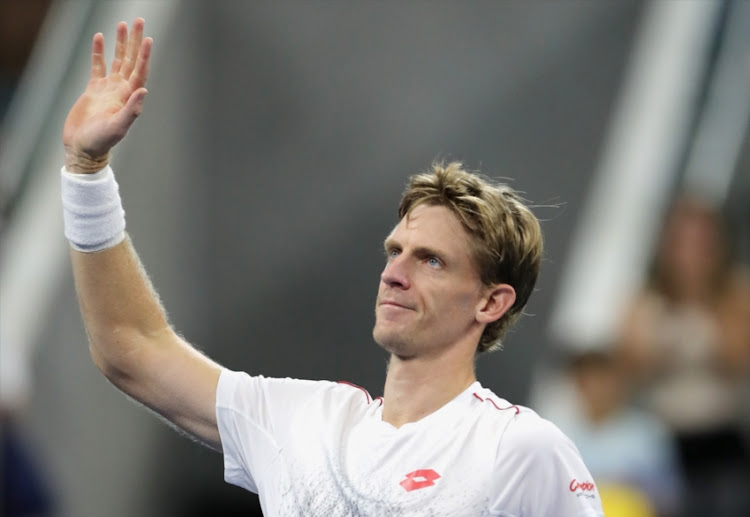 Kevin Anderson of South Africa celebrates after winning his men's singles third round match against Denis Shapovalov of Canada on Day Five of the 2018 US Open at the USTA Billie Jean King National Tennis Center on August 31, 2018 in the Flushing neighborhood of the Queens borough of New York City.
Image: Elsa/Getty Images

After two five set battles in the first three rounds of the US Open‚ South Africa’s Kevin Anderson just didn’t have enough in his armoury to escape the fourth round on Sunday night.

Austria’s Dominic Thiem‚ more noted for his ability on clay‚ ousted the No 5 seed 7-5‚ 6-2‚ 7-6‚ to make his first Grand Slam quarterfinal outside of the French Open at Roland Garros.

Anderson battled to cope with Thiem’s ability to move him side-to-side with his pounding forehand in particular‚ while the Austrian also played a number of deft drop shots.

The Austrian No 9 seed also stood 10 metres behind the baseline on Anderson’s first serve throughout the match‚ negating the 2.03m South African’s massive pace.

It was Thiem first win over Anderson n his seventh attempt. All previous six meetings were also on hard court.

Thiem produced a stunning service exhibition‚ winning 91% of points on his first serve and never giving up a break point. Anderson simply didn’t have a look in against a man playing one of the best matches of his career.

The 24-year-old (Thiem turned 25 on Monday) hit 42 winners and only 13 unforced errors while Anderson made more than double that number of unforced errors.

The prize for winning is a clash against No 1 seed Rafa Nadal in the quarterfinal after the Spaniard silenced Georgia’s Nikoloz Basilashvili in four sets.

“It was one of my best matches ever‚” Thiem said.

"I could change my return position‚ and this helped me a lot. And also the court‚ I think‚ made a big difference.

"It's a huge court. I could go very far back like I do on clay usually.

“I also played really safe from the baseline‚ which is also a big part of the performance today. But against him‚ still‚ the most important is to put as many balls back into play as possible.”

Anderson admitted the better man beat him on the day‚ after having his serve broken three times in the match.

"He had some unbelievable passing shots‚ made me hit another ball‚" Anderson‚ the 2017 US Open finalist‚ said. "That made things pretty tough.

“It’s disappointing. I wanted to be here right till the end and put myself in contention of winning my first major. It wasn’t meant to be.”

Thiem lost the 2018 French Open final against Nadal‚ and has a chance at redemption when the two meet on Tuesday.

Last year Thiem gave up a two sets to love lead against Juan Martin Del Potro in the fourth round. That disappointment served as inspiration.

"I was pretty close last year. It was very painful‚" Thiem said.

"So I'm happy that I made it through.

"It was an amazing victory over one of the best players right now. Also first time quarterfinals outside Paris‚ but most of all‚ I'm happy with the performance.

"I'm really looking forward to play him (Nadal) on hard court for the first time.

"On clay‚ I think it's one of the biggest challenges in sports to beat this guy or to compete with this guy. I hope that it's a little bit more comfortable on hard court."